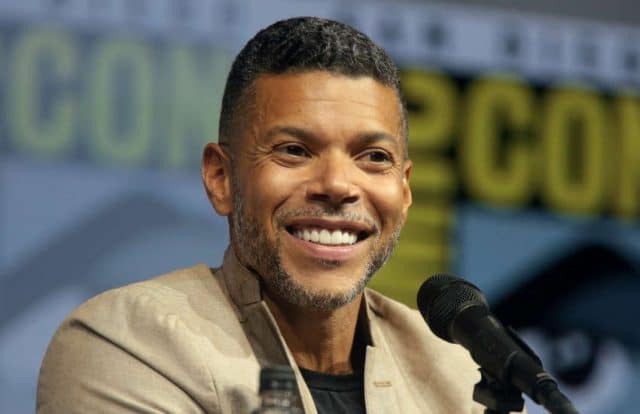 And it seems he’s carrying on that energy into Pride month with another sizzling shirtless snap.

‘I was going to keep this one off the feed and just keep it in the story,’ he wrote on Instagram. ‘Got shy about it for some reason.

‘Then I thought, meh, it’s Pride and also, when I’m 90, I’m going to appreciate I was able and willing to put the work in to get myself there. Here’s hoping.

‘In the meantime, this present moment is lovely and I’m grateful for it,’ he said.

’45 and I’ve never felt better,’ he then wrote on Twitter, posting the photo again. ‘Thanks for those Rican genes mom and dad.’

Cruz is currently in Berlin, recently posting about a memorial to murdered LGBTI people, on the .

In the description for the fundraiser, he wrote: ‘As fortunate as I have been this year, my heart and spirit have been crushed by the inhumanity shown to those who are merely attempting to save their own lives by seeking asylum in our country.

‘It has brought such shame to our nation and an embarrassment to the US around the world. We are better than this! This is not who we are.

‘For my birthday, will you please join me in this fundraiser for Amnesty International USA,’ he wrote.

Cruz also made headlines in 2017 when he was part of .