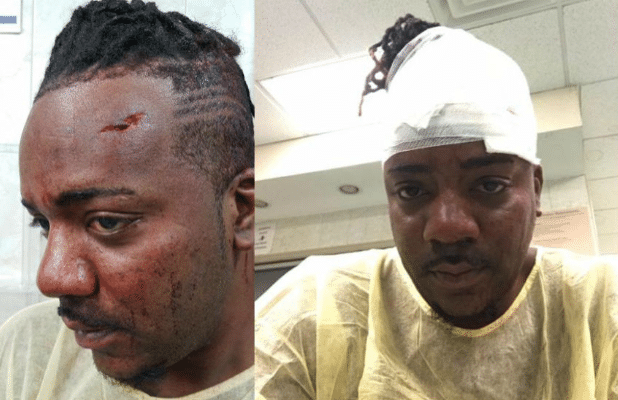 Homophobic attackers beat up gay American Adrian Brown in an unprovoked incident at a Bahamian carnival.

Adrian Brown and friend Sylvano Demarco came to Junkanoo beach in the Bahamas for a a holiday but did not expect the events of last night (5 May).

As Brown was dancing on the beach, he was unsolicitedly splashed with water from people he had never met.

He told Gay Star News that he asked: ‘Why did you splash me with water?’

To which one man replied: ‘Because you’re a sissy batty man.’

He sustained two lacerations – one on his forehead and also one on the top of his head. 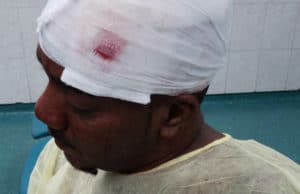 Demarco said: ‘We rushed him out of the carnival.’

There were no police officers present on the beach at the time of the incident, so they took Brown to a nearby exit.

Two bystanders broke up the fight, but the two perpetrators ran off.

The bystanders caught one of the perpetrators and brought him to the police.

Demarco said: ‘It was obvious he was the one because he had blood all over him.’

‘I’m going to prosecute them to the fullest extent of the law.’

‘If you’re not into gay people, don’t come to these kinds of events. There’s a plethora of people there – don’t show up to those events if that’s how you feel.

‘I just came to dance and have fun’

‘This is just very unfortunate,’ he added.

Bahamian activist Alexus D’Marco told Gay Star News: ‘Thank God good Bahamians were around to run after the boys. They caught one of the boys who is now in police custody.

‘These tourists are our bread and butter. This stuff can not be going on at international events we host here in the Bahamas.

‘Acts of violence must stop against LGBTI persons in the Bahamas,’ D’Marco added.