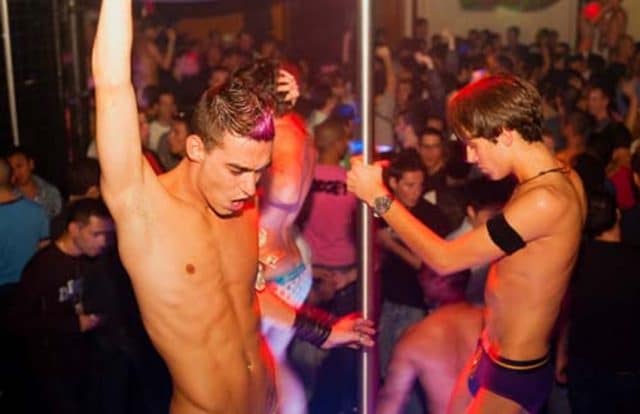 A Chicago gay bar is being accused of racism after banning rap music.

Progress Bar in Boystown sent an email to DJs about the new change.

‘We are changing up our format,’ the email reportedly read.

‘Our goal is to promote a positive, happy, energetic, upbeat and most importantly… a FUN vibe. Think DJ Am for 2019 – a super open format POP/DANCE focused atmosphere. We have implemented a NO RAP rule effective immediately.

‘This is not a suggestion!! If you play RAP you will not be asked back. 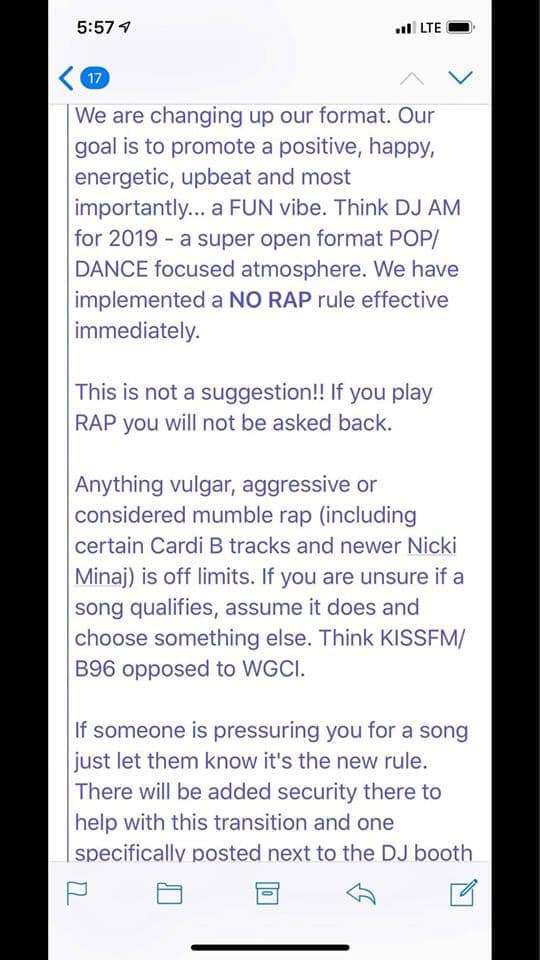 ‘Anything vulgar, aggressive or considered mumble rap (including certain Cardi B tracks and newer Nicki Minaj) is off limits. If you are unsure if a song qualifies, assume it does  and choose something else.’

The email also said there will be ‘added security’ to help with the transition.

Gerard Sturgill posted the email snipped on his Facebook page.

He said: ‘Progress Bar is officially on notice. This kind of attitude and behavior is not welcoming, inviting or inclusive of the entire community.

‘From this point forward, you’re about to get a boycott on a level never seen before. You will be out of business so fast, your head is going to spin.’

He also said the rule was ‘directly discriminatory’ of a large group of people.

Many people have reacted in criticism of the new rule.

Progress Bar issued a statement against the widespread criticism.

‘As many have seen today, an email was leaked in regards to the direction we want to take the sound of ProgressBar,’ they said.

‘Progress ownership wants to make it VERY clear that EVERYONE IS WELCOME HERE!!! We value our customers and respect EVERYONE. We are not the 1st bar to look into changing their sound, and we will not be the last.

They also said: ‘We are looking to try something new. We don’t know if it will work or not, but we want the opportunity to progress!

‘ProgressBar is about moving forward and continuing to evolve. Without the diversity and support of the LBGTQ community, we cannot do so.

‘We hope that you will stand by us while we tweak things here and there. But understand, above all, there are NO racial intentions here.

‘We love every person who walks through these doors and appreciate each and everyone of you. We have no ill intentions here. That can not be stressed enough.

‘The sound isn’t going to be that much different, we are just tweaking what’s already here. We are still going to play hiphop, please don’t read too much into this.’

But it was not enough for the loyal bar patrons.

Charnae Turner said: ‘What does banning rap do except alienate a specific group of people? This was the first bar I went to when I came out and now I will never step foot in there again.’

Anya Justanya also said: ‘The reason there is outrage is because this bar has taken the stance that a genre of music (that’s predominantly black), incites violence.

‘Progress is promoting a narrative that drives a deeper wedge in the LGBTQ community. It’s disheartening and disgusting to read no matter how its spun.

‘This isn’t Progress, it’s racial profiling and making others feel “less than”. ‘