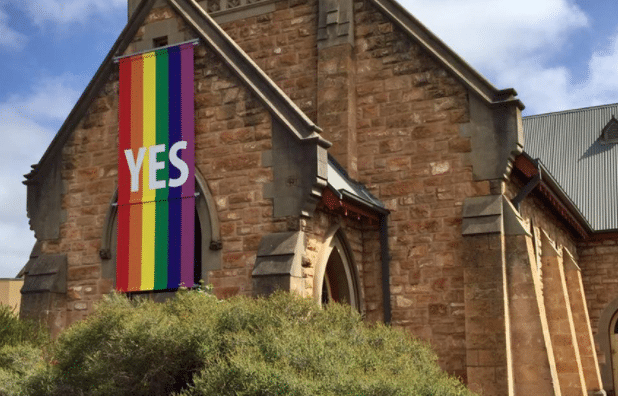 An LGBTI-inclusive church in Adelaide has been ordered by the local council to remove a prominent rainbow banner from its frontage.

The banner has the words ‘yes’ written across it, and was put up several weeks ago, to coincide with the Australian postal vote seeking opinions on same-sex marriage.

The eagerly anticipated result of the vote is due Wednesday at 9.30am Adelaide time (ACDT). The controversial postal vote is estimated to have cost taxpayers AUS$120million. 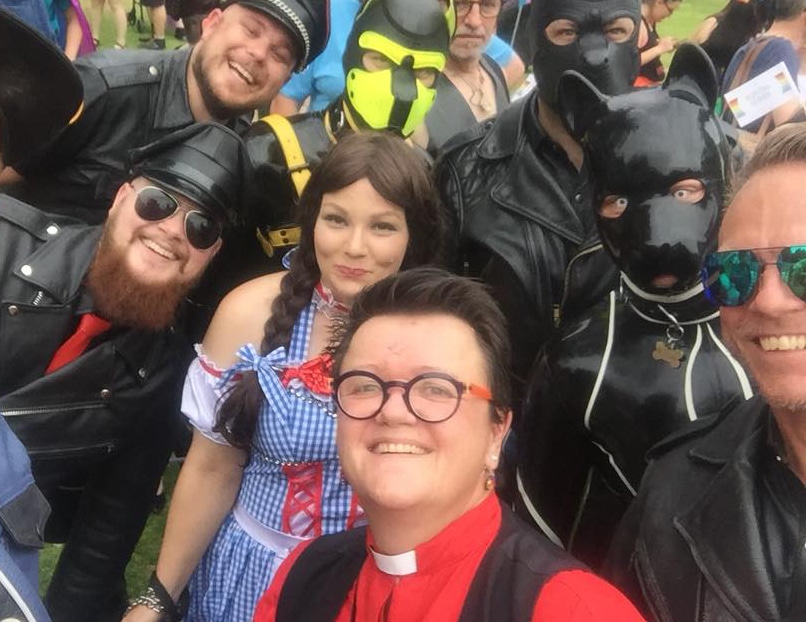 Writing on her Facebook page, the church’s Reverence Sue Wickham posted Tuesday: ‘This morning I received a call from Unley Council. Someone has lodged a complaint about our banner and now we have to take it down and apply for Council approval.

‘The building is locally heritage listed so we’re unlikely to get approval for a fixed structure. Our previous Refugee banner wasn’t attached to a fixed frame so it didn’t require approval.

‘Anyone have any brilliant ideas about what we could do? AND, of course, it’s going to COST us to take it down.

‘I’ve managed to write this without ANY swearing. I’m quite proud of that!’

Wickham says the council has asked her to remove the banner ‘a.s.a.p’. She says the request to remove was due to it being ’a heritage issue’.

GSN has approached Wickham and Unley Council for further comment.