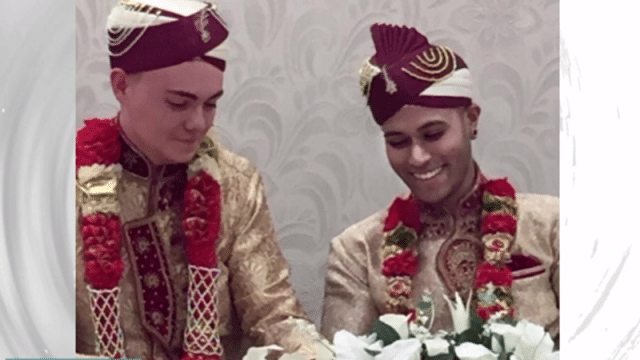 “We got death threats, really bad ones.”

A gay Muslim couple have spoken up about the online abuse they received after sharing pictures of their wedding online.

Jahed ‘Jay’ Choudhury and Sean Rogan appeared on Victoria Derbyshire on BBC News today (July 14) to discuss the abuse they have received.

The couple posted images of their wedding online in order to educate those from religious backgrounds about homosexuality. They wanted to show that homosexuality and religion don’t have to be mutually exclusive.

However, they were immediately hit with a barrage of negative comments about their ceremony on social media. One person claimed that “Islam doesn’t accept this.” 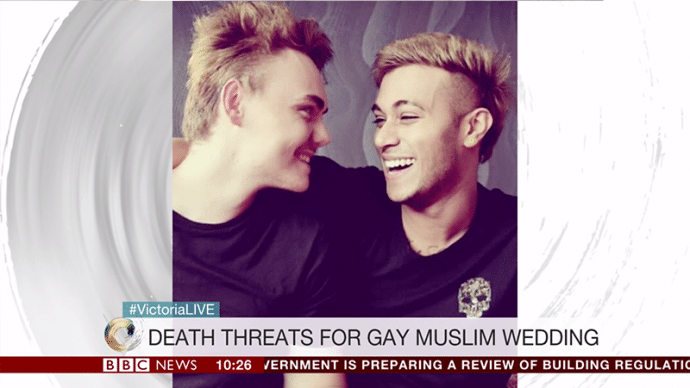 “We got death threats, really bad ones,” Jay said. He revealed that one social media user threatened to throw acid in the couple’s faces.

Sean said that the couple have also had messages of support, saying that he had been left with “mixed feelings” after the experience. However, some positives have come out of the ordeal. Sean revealed that he has heard from a young man who plans to come out to his family after seeing the couple talk about their experiences.

Jay said that when he came out to his strict Muslim parents, they didn’t even know what homosexuality was. He knew he was gay from the age of 6 or 7. He came out to his parents at a friend’s urging after a suicide attempt in his late teens. “When I did come out, no-one understood,” he said. “I didn’t even understand myself.” 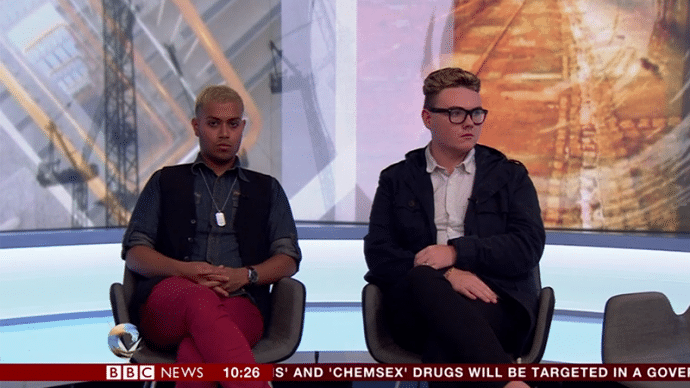 Jay described the ‘battle’ he had with himself growing up, when he felt like he had to choose whether to be gay or a Muslim. He reveals that this inner conflict led to “severe mental health problems.”

He even underwent so-called ‘gay cure’ therapy voluntarily to try and rid himself of homosexuality. “I left all of my friends, because I thought I was getting influenced by them,” Jay said. However, Jay said that his family are now “really supportive”.