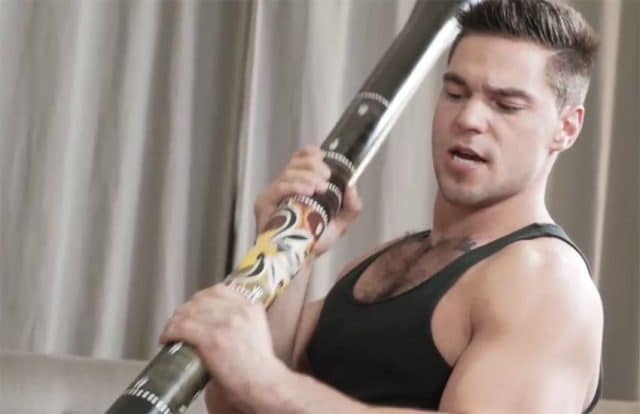 Quote: ‘I’m gonna didgeridoo you in the ass’

Etitled ‘Didgeridoo Me’ (because of course it is), the Men.com scene sees two roommates with one having recently gotten back from Australia.

While they do not go into detail of the frustrations of getting it through customs, his playing wakes his roommate up.

His roommate decides to take out his frustration by penetrating his roommate with the instrument.

‘So no one is going to mention the fact that this is incredibly racist and culturally offensive? Don’t laugh, get angry,’

WHAT THE EVER LOVING FUCK TRASHBAG GAY PEOPLE?

The didgeridoo, often described as one of the oldest musical instruments in the world, is a recognizable symbol of Australian indigenous culture.