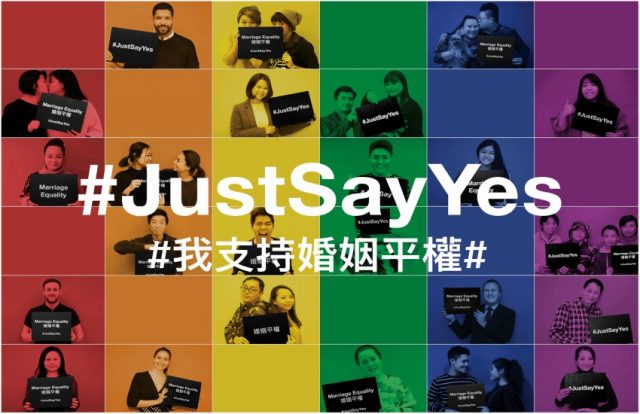 ‘We believe, every person should have the right to get married’

The month of February will host a new drive to push for LGBTI equality in Hong Kong.

The campaign is urging the Hong Kong government to legalise same-sex marriage.

Currently there are no anti-discrimination laws protecting LGBTI people but there has been a groundswell of support for LGBTI issues in the Chinese territory.

Lush said it was supporting the equality campaign because it believed everyone has the right to get married.

‘Many people fall in love, want to get married and start a family at some point,’ it said in a statement.

‘Couples wish to marry to provide greater legal protection for their family and children, to publicly celebrate their commitment, or simply because they are in love.

‘We believe, every person should have the right to get married. Not recognizing the relationship of LGBTQI couples and not allowing them to marry legally, denies them of their identity; the legal equality of their families and it is clearly a form of unfairness, discrimination and prejudice.’

Along with an online petition for anyone in the world to sign, people can also go into any Lush store in Hong Kong or Macau to sign the petition.

The campaign is also encouraging people to use the #justsayyes hashtag to create a social media buzz around the issue.
Lush has also created a special edition Layer Cake rainbow coloured soap from whose sales 100% will go towards 11 LGBTI organisations fighting against LGBTI inequality and the violation of human rights in Hong Kong.