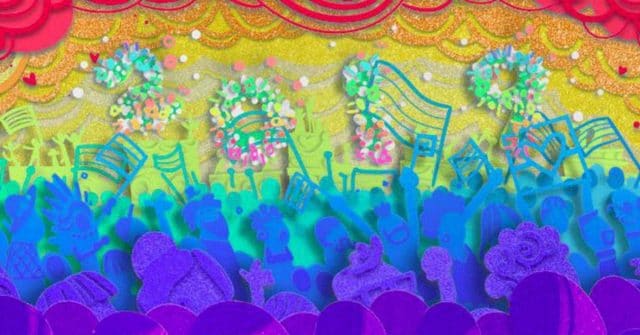 Google has dedicated their daily doodle to celebrating Pride and the 50th anniversary of the Stonewall riots which Pride commemorates.

The animated doodle was designed by artist Nate Swinehart, and takes users through a slideshow timeline of Pride over the last 50 years.

The doodle has five slides celebrating five decades of Pride, with the parade becoming larger with each one.

Swinehart said he remembers seeing a Google doodle before he joined the company for the Sochi Winter Olympics in 2014 featuring a Pride flag and was “completely blown away.”

“Looking at the front page of Google, I was filled with hope and a feeling of belonging. That moment was a large part of why I wanted to become a Doodler.

“I recognised the opportunity we have to make a positive impact on the world, and to help make people feel seen, heard, and valued,” he said.

The last slide directs users to “find out more” which takes them to a Google search for “celebrating Pride,” which this year marks 50 years since the Stonewall riots began on Christopher Street in New York on June 28, 1969.

Google’s Art Director Erich Nagler said: “Over the past 50 years, that powerful spirit of pride has spread from Christopher Street to other streets and neighbourhoods and communities, connecting people all around the world.

“That expanding spirit of love and acceptance is something we’ve hoped to capture in today’s Doodle.”

Google has also launched a page, “Pride Forever,” which chronicles some of the advancements in LGBT+ rights over the last 50 years.