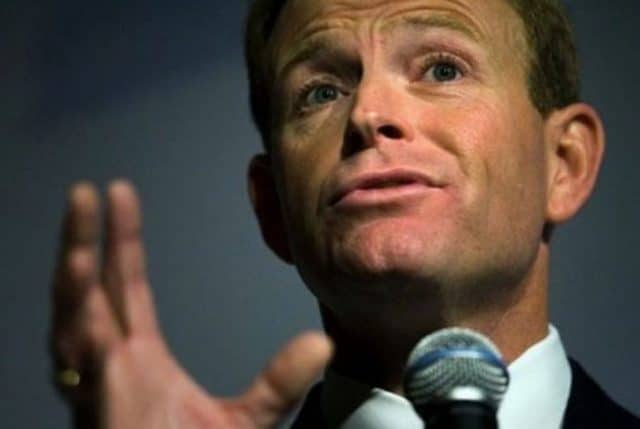 Tony Perkins, the former Louisiana state legislator with ties to the KKK who now leads the anti-LGBTQ hate group Family Research Council, has been tapped to chair the US Commission on International Freedom.

Best known for nonstop lobbying and PR campaigns demonizing Muslims and LGBTQ Americans, the Family Research Council occupies a unique place in right wing culture. The group masquerades as a Christian charity and enjoys a close relationship with Republican politicians as a major voice for evangelical voters.

Senate Majority Leader Mitch McConnell appointed Perkins to the board despite the vehement protest of civil rights groups. The commission’s role is to review the facts and circumstances of violations of religious freedom internationally and makes policy recommendations to the President, Secretary of State, and Congress.

Right Wing Watch details how Perkins’ anti-Muslim history doesn’t comport to the supposed mission of the commission – to note and respond to religious bigotry and attempts by majority religions to dominate and dismiss minorities.

As recently as 2015, Perkins claimed that Islam “is incompatible with the Constitution.” That same year, he defended calls to restrict the immigration of Muslims by declaring that “only 16 percent of Islam is a religion.” The year before, he suggested that Christians who support legal equality for LGBTQ people don’t have the same legal protections as more conservative Christians, because a “true religious freedom” has to be “based on orthodox religious viewpoints.”

It’s also worth noting that the Family Research Council is one of the Religious Right groups that have eagerly worked with the most religiously oppressive regimes—those classified by the USCIRF as among the worst for religious liberty—in order to resist international recognition for the rights of LGBTQ people and to defend governments’ right to enforce “traditional” religious views on gender, sexuality, and family.

Given his extensive anti-LGBTQ record, Perkins is the last person qualified for this position. And this doesn’t even touch the