Home Gay Life He Left For A Gay Cruise, But Returned To An Immigration Ban 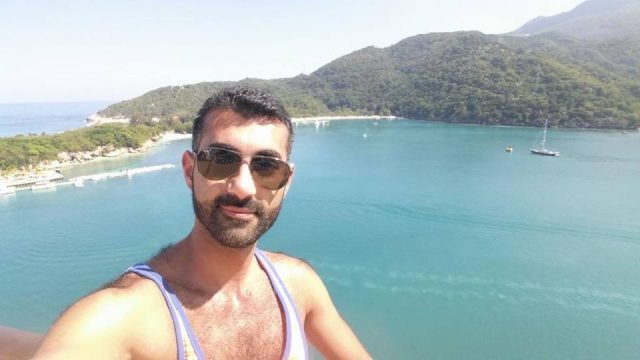 “If I get detained and sent back to Iran, at least I lived life to the fullest as a gay man in the U.S.”

It sounded like a dream vacation: A seven-day gay cruise with cute guys, onboard entertainment and stops in exotic ports of call. But it turned into a nightmare after President Trump’s executive order banned refugees, green-card recipients and visa holders from seven Muslim countries from entering the United States.

Maysam Sodagari, a chemical engineer living in San Francisco, was aboard an Atlantis cruise on Royal Caribbean’s Allure of the Seas when the order was signed.

Because he was an Iranian citizen, when he disembarked in Fort Lauderdale on Sunday, he was detained by customs officials.

Fearful he’d be sent back to Iran, where he’d face persecution and violence because of his sexuality, Sodagari began chronicling his ordeal on Facebook.

“I left the port with a legal status for a gay cruise,” he wrote. “Now, I may not be able to enter the U.S. tomorrow. My future is all unclear just by a sudden change in law.”

Fearing the worst, he added, “If I get detained and sent back to Iran, at least I lived life to the fullest as a gay man in the U.S., And I want to thank you all for being part of this experience.”

Friday’s order puts a 90-day hold on immigration by citizens from Iran, Iraq, Libya, Somalia, Sudan, Syria and Yemen. (Initially it barred green-card holders, like Sodagari, from re-entering the United States, too.)

The ACLU challenged the ban on Saturday and a federal judge ruled that those with valid visas—like Sodagari—could not be deported. After being detained for several hours, he was released.

“I am happy to report that I’m here with Maysam,” tweeted OUT Miami Foundation director Jamie Alejandro from Wilton Manors. “He is doing well and is in good spirits—obviously concerned and shaken up, but doing well.”

While he’s safely back in his adopted homeland, should Sodagari try to leave the country again he could face immediate deportation.

We don’t share this story to suggest his situation is more important or dire than any other. But it puts a human face on the tens of thousands of visitors, refugees and citizens impacted by this order.

“To single out Muslim persons for stigma and suspicion undermines our commitment to inclusion, religious freedom, and our common humanity,” said Kate Kendell, executive director of the National Center for Lesbian Rights. “Today Lady of Liberty, symbol of America’s greatest promise to the world, hangs her head and weeps.” 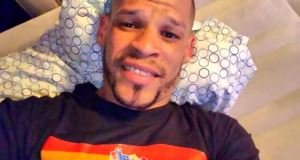 Nick Gayer
0
The openly gay boxer thanks the LGBTI community for all the support he's been receiving. Orlando Cruz has been beaten to the punch in his... 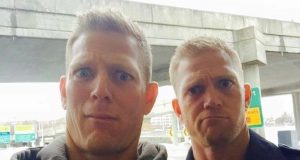 Ervin Brue
2
The Benham Brothers are back and they’re really, really upset, you guys. After Gov. Pat McCrory lost the race for governor in North Carolina last... 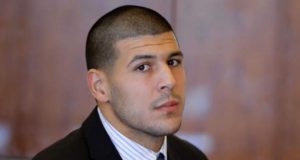