Home Gay Life Her Boyfriend Just Came Out As Bi, And She’s Simply Ecstatic About... 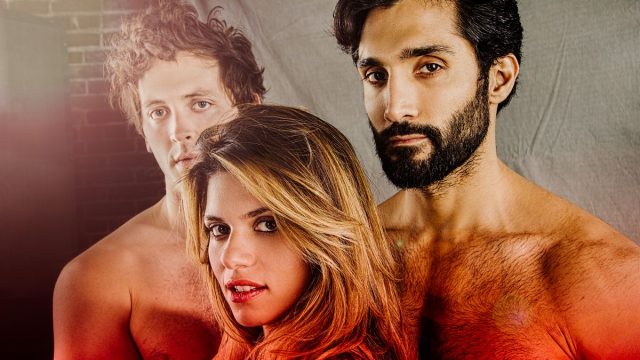 So: a man tells his girlfriend he regularly enjoys gay adult entertainment. What kind of aftermath would you predict?

Our vision gets soapy: Dishes flung at the kitchen wall, frantic batting of bathrobe sleeves, maybe some sobbing in the tub, or even lying in the middle of the road to hint at your displeasure.

But perhaps we’re old-fashioned and need to step up with the times. A young woman who goes by the handle Stormwinder has written into Reddit to express her glee at this very scenario:

I finally asked, “What’s going on with you? I mean it. The thing you won’t tell me? Please? There’s something there isn’t there? (Sensing that weird barrier about to break, and him hesitating and thinking…) PLEASE tell me. Please! I’m open. Please!”

And that’s when he dropped the bomb.

I almost laughed. Then I said: “I thought you were about to tell me you’d killed someone. Are you kidding me?”

I think we saw something like that in a Highway to Heaven episode once.

Anyway, this man — whom she’s had an on-again, off-again relationship with for several months — eventually came clean and confessed he also used escort services to hire men for the occasional dalliance. Her reaction? “I was very turned on,” she writes. “My whole world just opened up.”

Since then, their sex has been “mind-shattering” and “we’ve grown so much closer it’s insane.” Communication has vastly improved and they’re “down with occasional escorts,” although not “to the point of it becoming polyamory or swinging.”

Storm winder even has a few pointers for bi guys seeking out a female partner, which we’ve paraphrased below. (She may have found a cool bisexual partner, but she’s yet to find an editor.)

What do you make of all this unstoppered bisexual ecstasy? Sound off in the comments below.