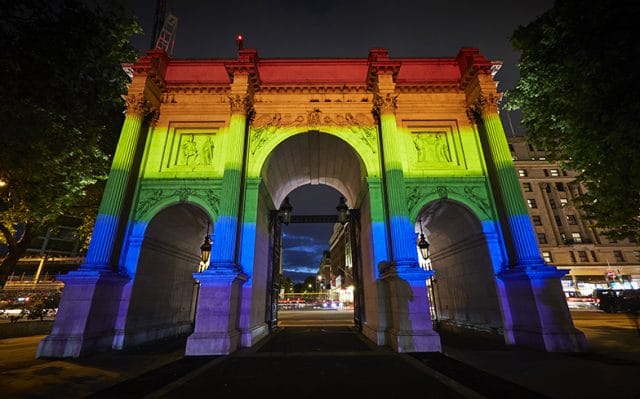 Pride in London welcomed more parade marchers than ever before, as the streets of the British capital were painted rainbow for the 47th annual event.

However, this Pride in London wasn’t like any others, as it took place on the 50th anniversary of the Stonewall Riots, which is seen as the birth of the modern-day Pride movement.

Unlike last year, which saw the march interrupted and led by anti-trans protesters, this march saw groups from across the rainbow spectrum stand with our trans brothers and sisters.

GAY TIMES has rounded up some of the best images from this momentous event.