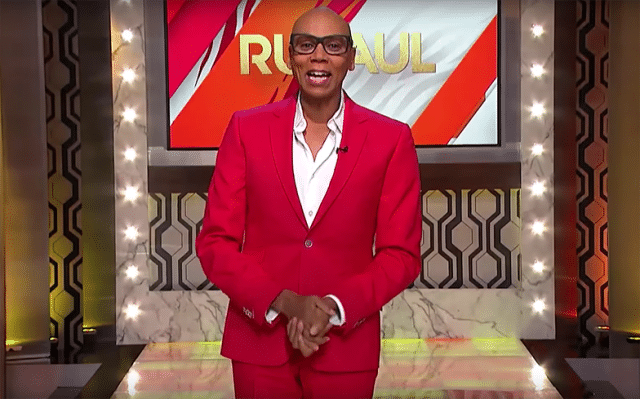 The “modern take on the format” follows RuPaul and his “distinctive voice, exceptional interview skills, passion for helping others and inclusive brand of humor to broadcast television” as he conducts celebrity discussions.

It is his first talk show since The RuPaul Show, which premiered in 1996 and ran for 100 episodes.

The first episode, which features celebrity guests such as James Corden, Michelle Visage, Ross Matthews and Property Brothers (Jonathan and Drew Scott), was uploaded in its entirety yesterday on RuPaul’s official YouTube channel.

It featured classic Ru lines such as “Everybody say love!”, “If you can’t love yourself, how in the hell are you going to love somebody else?” and of course, a sickening runway for the Emmy Award winner and his backup dancers.

Before RuPaul welcomed his first guest (James), he made sure to tell the viewers at home: “It’s up to you to let us know if you want us to stick around. I need you all to help us do this thing!”