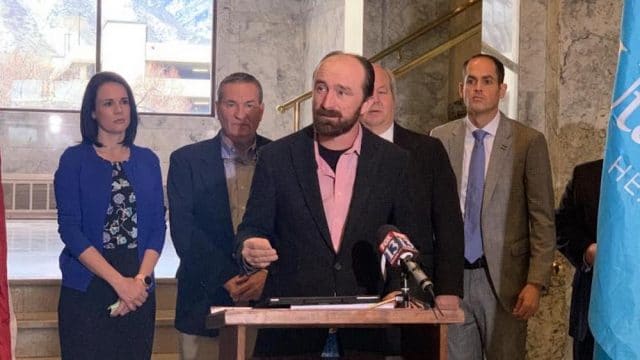 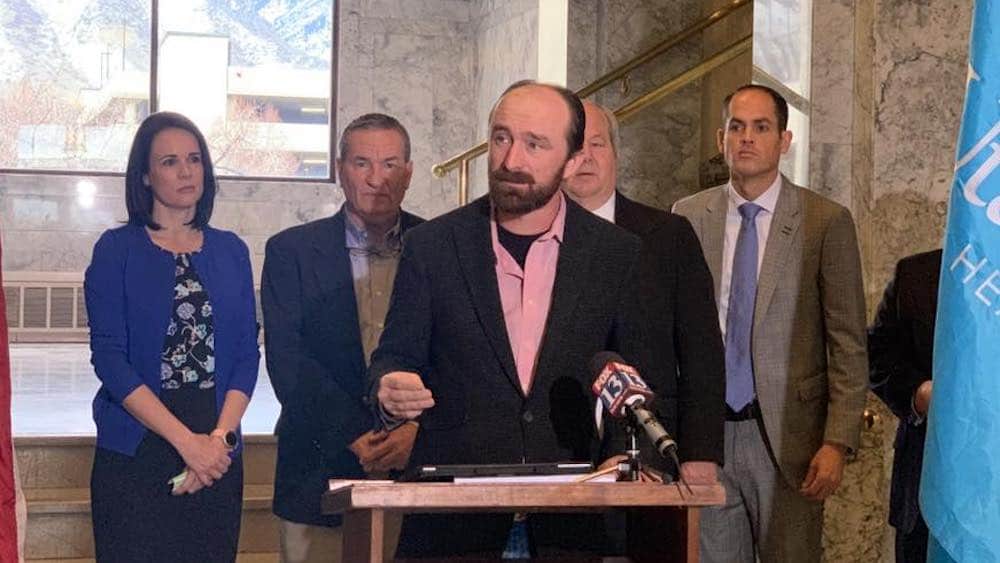 Utah County has been called  “the most Republican county in the most Republican state in the United States.” It is 88 percent Mormon and has consistently voted for Republican presidents since 1992. That’s why it’s remarkable that the county’s 40-year-old Utah County Commissioner, Nathan Ivie, just came out on Facebook as gay.

In the video, the soft-spoken politician (wearing a cowboy hat) says, “I’m sharing my story with you here today because I know I need to be honest with my friends, my family and my neighbors here in Utah county.”

He continued, “What I have to say isn’t easy for me and may not be taken well by everyone who hears it. I understand that. I just hope you’ll hear what I have to say with the same spirit I want to share it with. There’s no easy way to say this. I might as well just jump up and say it, I’m gay. That’s my reality, and that’s what I need to talk to you about today.”

“I’m still the same person I’ve always been,” he added. “I hope to you this part of my life doesn’t become my defining trait.”

He then said that he has felt different since age nine and, upon feeling attracted to the same sex, believed that something was wrong with him. He wanted to find some way to change his orientation.

“That battle resulted in a failed suicide attempt when I was 22 years old,” Ivie said. Even though he recovered from that “near tragedy,” he says he never felt comfortable in his own skin as he continued trying to live as a heterosexual.

He added that he and his wife have decided to dissolve their marriage and have discussed how they can move forward “as different kind of family to fulfill the responsibilities we took on together to our two amazing children.”

“Sharing my truth with my wife was hard, but together — after long days and nights of confronting this issue — we’ve come to a place of love and understanding. She’s my best friend and supporter, and I’m hers,” he said.

“I felt I was living someone else’s life other than my own. It felt deceptive not only to others, but also to myself,” he added. “I’ve come to accept while I may be different, I’m still a loving person worthy of love who values others and hopes to be valued. I know there are haters in every area of our lives, but we cannot let that be what defines us as a community.”

All except for four of the 107 comments on his Facebook video so far have been completely supportive of his coming out. Three of the four comments mostly ask why he’s still a member of the Republican party. Another comment suggests that he might be staying as part of the Republican party because it’s easier to create change from within the party than from without.

While his political party affiliation may seem disappointing, a county commissioner’s responsibilities vary depending on the locale. In general, they’re tasked with ensuring the enforcement of county ordinances including the levying of local taxes and ensuring the function of civil services, infrastructure repair and governmental function.

As such, it’s unclear how much impact he could have on the party’s anti-gay stances. But publicly advocating for same-sex couples and their rights in county services could help create a more fair and equitable Utah despite its Mormon and highly conservative leanings.