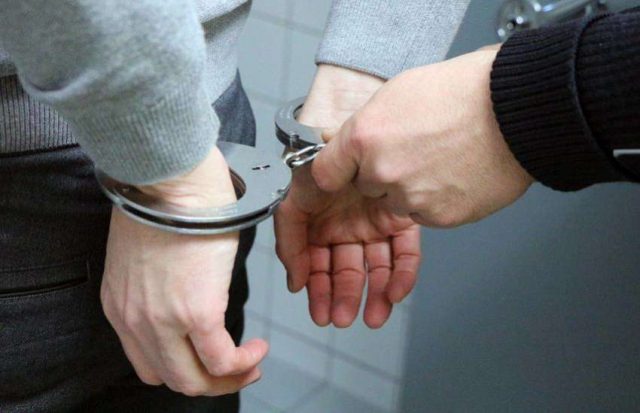 : a global review has found that HIV-related arrests, investigations, prosecutions and convictions have ever occurred in at least 72 countries, with recent cases occurring in 49 countries, including 14 in which the law appeared to be applied for the first time.

The HIV Justice Network’s review concerns cases in which either the criminal or similar law is applied to people living with HIV based on HIV-positive status. Either via HIV-specific criminal statutes (29 countries), general criminal or similar laws (37 countries), or both (6 countries). Such laws typically criminalize non-disclosure of HIV status to a sexual partner, potential or perceived exposure to HIV, or transmission of HIV.

HIV criminalization ‘is a pervasive illustration of how state-sponsored stigma and discrimination works against a marginalized group of people with immutable characteristics,’ says HIV Justice Network.

‘As well as being a human rights issue of global concern, HIV criminalisation is a barrier to universal access to HIV prevention, testing, treatment and care.’

To estimate where the criminal law appears to be disproportionately applied, the researchers analysed the number of known recent cases according to the estimated number of diagnosed people living with HIV in a country. They identified 15 criminalization hotspots: countries in which the number of cases was equal to or greater than 0.5 in 10,000 per capita of diagnosed individuals.

Their analysis suggests that recent HIV criminalization cases do not reflect the demographics of local epidemics, with the likelihood of prosecution exacerbated by discrimination against marginalized populations on the basis of drug use, ethnicity, gender, gender identity, immigration status, sex work and/or sexuality.

Cases in the United States also appear to disproportionately impact people already in the purview of the criminal justice system, such as prisoners, and people living in poverty, including homeless people, with a high number of cases related to ‘HIV exposure’ via biting or spitting during arrest or whilst incarcerated.

Recent reports of increased numbers of cases in sub-Saharan Africa and in Eastern Europe and Central Asia illustrate what advocates have long-feared: that women are more likely to be prosecuted (and less likely to have adequate legal representation), since they are often the first in a relationship to know their status as a result of routine HIV testing during pregnancy, and are less likely to be able to safely disclose their HIV-positive status to their partner due to gendered power inequalities. Women with HIV also face the possibility of being prosecuted for passing HIV on to their child during pregnancy, birth or breastfeeding.

In addition, migrants from high HIV prevalence regions (such as sub-Saharan Africa and eastern Europe) appear to be disproportionately prosecuted in Canada, northern and western Europe and Australasia, and usually have limited access to adequate legal representation.

Non-citizens are also likely to be deported to their country of origin after serving their sentence even if they have family ties in their adopted country.

HIV-specific laws continue to exist in at least 75 countries, including many countries in sub-Saharan Africa (29 countries) and eastern Europe and Central Asia (18).

Nonetheless, during the period covered by the report, promising developments in case law, law reform and policy have occurred, most often as a direct result of advocacy from individuals and organizations working to end the inappropriate use of the criminal law to regulate and punish people living with HIV.

HIV-specific laws have been repealed in Victoria, Australia and in the Democratic Republic of Congo. The latter decision followed eight years of effective civil society lobbying and nurturing of supportive parliamentarians.

Laws have been modernised in seven jurisdictions. For example, Belarus’ law previously made exposure of HIV a crime, regardless of disclosure of HIV status, condom use or whether the sexual partner wanted the prosecution to take place. As a result of advocacy by the community organisation People PLUS, the government announced in December 2018 that a person with HIV will no longer be held criminally liable for HIV exposure or transmission if they disclose their HIV-positive status and their partner consents.

The US state of Colorado used to hand out longer sentences to individuals convicted of sex work, solicitation of a sex work or rape, if that person had been diagnosed with HIV at the time of the offence.

Following several years of researching, consulting, organising, lobbying and negotiating by a coalition of campaigners, these laws were changed in 2016. The sex work provisions were removed, while the tougher sentences for HIV-positive individuals convicted of rape were somewhat lessened.

Other jurisdictions modernising their laws in recent years are Switzerland, Norway, California, Michigan and North Carolina.

Several proposed laws have been withdrawn. In Malawi, a proposed law was initially welcomed by feminists, but perceptions of the law’s impact changed after consultations between legal activists and grassroots networks of women living with HIV, examining the legislation in detail. As it became clear to local women how the vague provisions on ‘wilful transmission’ could play out in their lives, they decided to take up advocacy against it and the parliament withdrew that part of the law.

International activists facilitated the development of Mexican network of 44 civil society organisations (La Red Mexicana), which has had several successes, including the withdrawal of proposed laws in three Mexican states and the country’s supreme court declaring a law in Veracruz to be unconstitutional. A proposed law has also been withdrawn in Brazil and a Kenyan statute ruled to be unconstitutional.

In addition, precedent-setting cases in Finland, Germany, Greece, Italy, Sweden and Morocco have the potential to limit the overly broad application of the law through the recognition of up-to-date HIV-related science on the real risks of transmission.

and has been republished here with permission.

Roger Pebody is the managing editor of NAM – aidsmap.