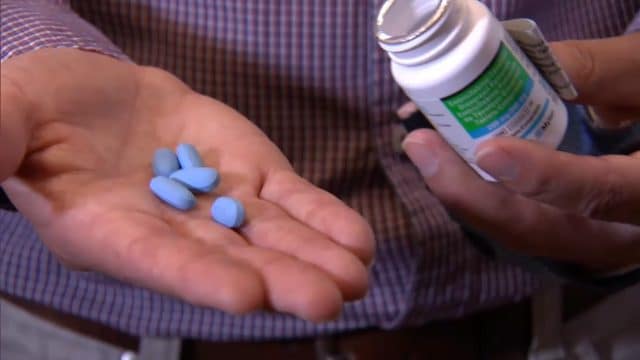 The Federal government has announced it will list an effective HIV prevention drug on the Pharmaceutical Benefits Scheme (PBS), starting next month.
Health Minister Greg Hunt today confirmed that pre-exposure prophylaxis medicine, known as PrEP, would be government subsidised from April 1.
Mr Hunt heralded the move as a step forward for Australia in becoming one of the first countries in the world to eliminate the transmission of HIV nationally. 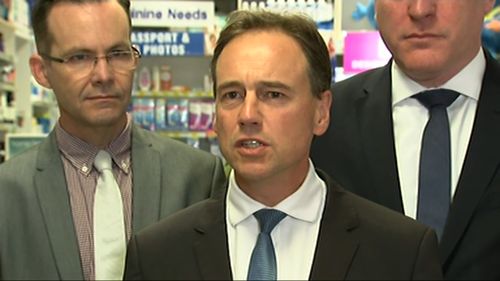 “This is about saving lives and protecting lives but it’s also about saying to the rest of the world, if we can do this in Australia, we cannot just beat HIV here, but beat it right around the world,” he said.
“This moment was impossible, impossible, a generation ago.”
PrEP is an antiretroviral medication that is taken by HIV negative people who are at high risk of acquiring the disease in order to prevent infection. 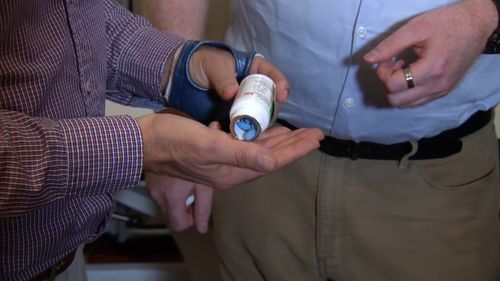 PrEP, or pre-exposure prophylaxis, is an antiretroviral medication taken by HIV negative people who are at a high risk of contracting the disease. Picture: 9NEWS. (9NEWS)

Studies of the drug have found it to be extremely effective in warding off HIV. Additionally, state-run trials using the medicine have shown HIV-infection rates to have dropped by 30 percent in trial groups.
“From the 1st of April PrEP will be available for concessional payments at $6.40 and $39.50 for non-concessional otherwise it would be $2,500,” Mr Hunt said.
“At least 32,000 patients a year we expect to benefit. It comes with the very strong message that… PrEP and safe sex together are the pathway to beating HIV in Australia. 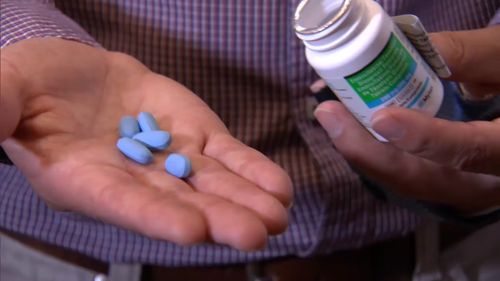 To date, the medicine has been too expensive for Australians who have needed it. It will now be available from $6.40 on the PBS. Picture: 9NEWS. (9NEWS)

“This is a great moment in Australian medical history.”
A Federal subsidy for the PrEP medicine has been involved in a long-drawn-out process of being made available, particularly since May 2016 when it was approved by the Therapeutics Goods Administration.
Without the subsidy, the drug has simply been too expensive for people looking to access it.
Professor Darrell O Donnell, the CEO of the Australian Federation of AIDS Organisations, told media the increased availability of the drug from next month will change people’s lives. 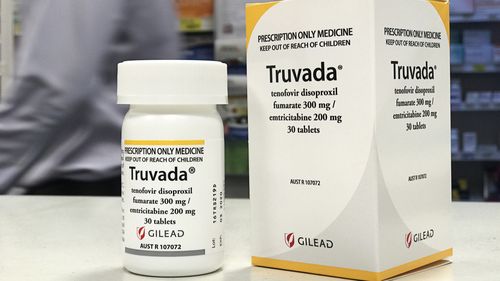 Truvada is one drug brand that uses PrEP medicine technology and will be made available to Australians from April 1. Picture: AAP. (AAP)

“There is absolutely no doubt that PrEP is a game changer for Australia’s response to HIV. With the introduction of PrEP, we’re absolutely certain that we will be able to drive rates of HIV in this country to very, very low levels,” he said.
“It’s an extremely simple drug, it’s taken once a day to prevent HIV.
“PrEP will make a huge difference in the ways in which people who are at high risk of HIV are able to protect themselves from HIV in Australia.” 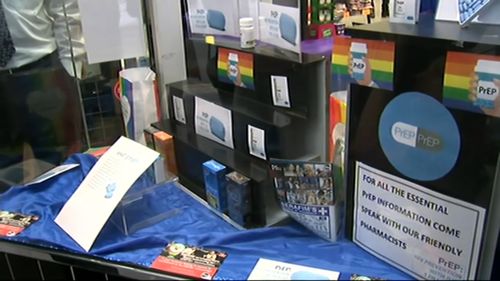 LGBTI health advocates also welcomed the move, saying it will provided the biggest step against HIV in Australia in decades.
“Widespread access to PrEP is critical if we are to meet our goal of ending HIV transmissions in NSW so we commend the Australian Government on this decision,” president of the LGBTI health group ACON Justin Koonin said.
“We know that PrEP works and today’s announcement will ensure those who would benefit most from PrEP will now be able to access it in an affordable way.
“Our community has demonstrated that it is ready to incorporate PrEP into their lives as part of the range of HIV prevention options that we now have available.”