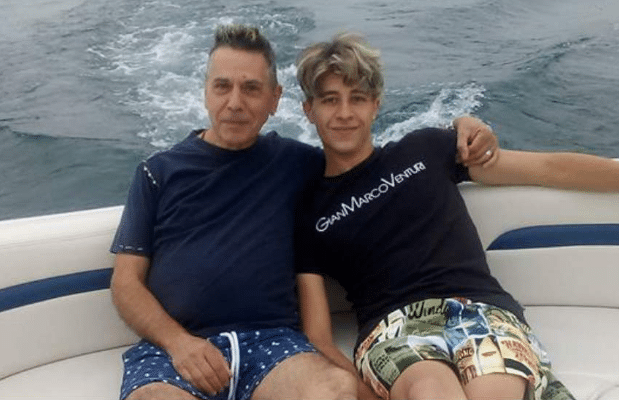 An Italian gay couple has been the victim of yet another homophobic attack.

Andrea Gardoni, 23, and Angelo Amato, 59, got married in Spain three years ago. They now live in the village of Stallavena, near Verona.

The two woke up on the night of 13 September to noises coming from the outside of their house.

When Andrea opened to door to check, he saw a dark, tall figure who poured some gasoline on him and ran away.

‘At first, I didn’t realize it was gasoline. All I could feel was the skin of my face, my eyes, and my throat burning,’ Andrea told The Post.

The attacker had reportedly painted swastikas on the walls. Moreover, they wrote some Nazi slurs: ‘faggots burn’ and ‘we will send you all to the gas chambers’.

This isn’t the first attack to Andrea and Angelo

The couple had also been the victim of another anti-LGBTI vile attack in August.

While they were walking in Verona last 11 August, the two were approached by a group of men. They insulted them and slapped one of them in the face, before running away. Italian police later identified one of the attackers.

‘Now we’re scared,’ said Angelo, explaining they have received threats ever since that first attack.

Fascists are now out of control

Gabriele Piazzoni, the national secretary of Italian LGBTI group Arcigay, expressed his outrage at the increasing number of attacks.

‘It is a terrible aggression, unprecedented. We are witnessing a very serious increase in violence, in which the homophobic and transphobic hatred takes on dramatic and absolutely alarming forms,’ he said.

He furthermore added: ‘The fascists are now out of control, legitimized by a policy that uses their own arguments and makes them strong. We ask the whole anti-fascist community of this country to take action.’