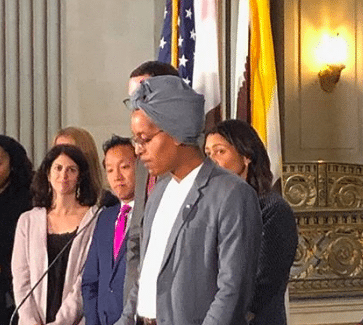 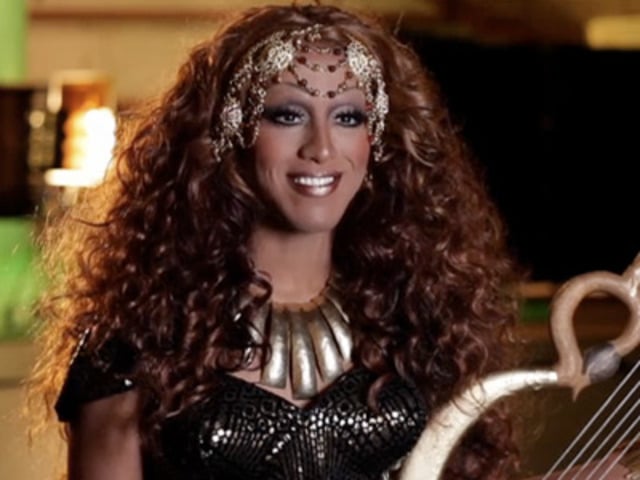 Mahogany, aka Alpha Mulugeta, grew up near San Francisco and began performing in drag clubs as a student at the University of Southern California, eventually landing a spot on Season 5 of RuPaul’s Drag Race. She shocked fans of the show by singing her own songs rather than lip syncing. Following her stint on Drag Race, she embarked on a successful recording career, releasing her album Honey Love in 2014.

Mahogany’s impressive work doesn’t end when she comes offstage. In her hometown, she’s become a staunch advocate for transgender equality with a nod toward historic preservation. Last year, Mahogany helped establish the Compton’s Transgender Cultural District, the world’s first such designation, in the Tenderloin neighborhood. The district takes its name from Gene Compton’s Cafeteria, a restaurant popular with drag queens and transgender people during the 1960s where one of the first anti-police harassment riots took place.

In addition, Mahogany is active in Democratic Party of California, serves as co-president of the Harvey Milk LGBTQ Democratic Club, and works as a legislative aide to Matt Haney of the San Francisco Board of Supervisors.

We love a celebrity who uses fame to further the cause of civil rights, and Mahogany’s groundbreaking work in establishing the Compton’s Transgender Cultural District qualifies as one hell of an achievement. Her efforts have helped create a safe trans space while preserving the history of the community, sparking collaboration—the developer of a new 12-story hotel has donated $300,000 to help with preservation.