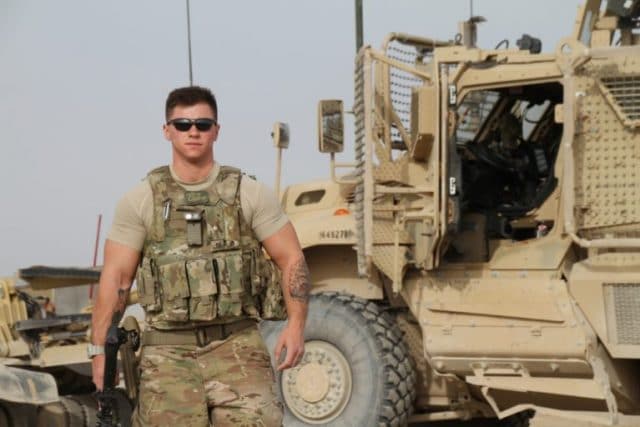 The House on Thursday approved an amendment as part of the fiscal year 2020 defense authorization bill that would restore transgender military service and prohibit the U.S. armed forces from discriminating against LGBT service members, reports the Washington Blade.

Speier celebrated the House vote on the amendment as “a watershed moment in the fight to celebrate and protect open transgender military service.”

“Courageous transgender servicemembers continue to fight for our country despite the president’s hateful ban and deserve to know we stand with them,” Speier said, referring to the Defense Department’s transgender military service ban in April following a directive from President Trump.

“Our country has a shameful history of preventing people from serving based on bias, ignorance and malice. This is the first time Congress has voted to ensure that no discriminatory standard based on race, religion, national origin or sex can prevent qualified individuals from serving their country. Our military is strongest when it embodies our nation’s values,” she added.

Joining the United Democratic caucus in voting in favor of the bill were 10 Republicans. The Washington Blade will have updated information on which Republicans supported the measure.

When the vote was initially being tallied, a total of 11 Republicans, not 10, were shown as having voted in favor of the amendment. A Democratic aide said the number went down because Rep. Michael Waltz (R-Fla.) changed his vote from “yes” to “no” at the last second. The Blade has placed a request in with Waltz’s office seeking comment why on the lawmaker changed his vote.

Known as the “Harry Truman” amendment, the measure is modeled after the 1948 executive order President Truman signed desegregating the military. The amendment states the military must consider applicants based on gender-neutral occupational standards and military occupational specialty, but “may not include any criteria relating to the race, color, national origin, religion, or sex (including gender identity or sexual orientation) of an individual.”

The amendment states that any Defense Department personnel policy for members of the armed forces “shall ensure equality of treatment and opportunity for all persons in the armed forces, without regard to race, color, national origin, religion, and sex (including gender identity and sexual orientation).”

Aaron Belkin, director of the San Francisco-based Palm Center, said in a statement the amendment “is the best and perhaps only way to ensure that military policy reflects what both military experts and the American public believe: That standards for military service should apply to everyone equally, based on what it takes to do the job.”

“History shows that, from President Harry Truman’s racial desegregation of the military through ending ‘Don’t Ask, Don’t Tell,’ our armed forces are stronger when they are inclusive and reflect the society they serve,” Belkin said. “The American people overwhelmingly support non-discrimination in the military and they respond with open arms when Americans of any identity perform at their peak for our national honor, whether in military or civilian life.”