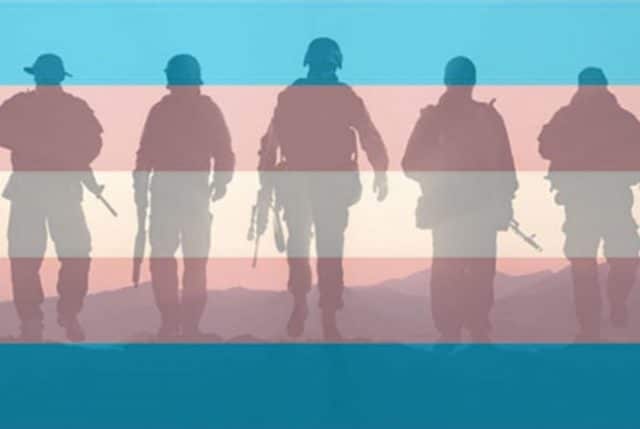 The House of Representatives passed a measure today that would overturn President Donald Trump’s ban on transgender military service. It passed with bipartisan support.

Introduced by Rep. Jackie Speier (D – CA), the measure is an amendment to the 2019 National Defense Authorization Act (NDAA) and will now be sent with the full NDAA to the US Senate. The amendment includes transgender troops in the same equal opportunity policies that have existed in the military since 1948, which have been expanded to women and to gay, lesbian, and bisexual troops.

Despite the string of court victories for transgender troops and recruits in federal district and circuit courts, the U.S. Supreme Court stayed the preliminary injunctions that had been blocking the Trump-Pence administration from implementing their discriminatory ban. Earlier this year, the U.S. Department of Defense announced that it would begin discharging openly transgender service members who come out after April 12, 2019, beginning discrimination against transgender service members even as several cases continue to make their way through the courts.

An estimated 15,000 transgender troops were active duty members of the armed forces at the time of ban’s implementation. The Defense Department has not made public any information on how many service members are being processed for discharge or denied commissions under the ban. Some individuals have already reported losing ROTC scholarships or other opportunities as a result.

“This is a crucial moment for our elected officials to bring accountability to a reckless and lawless policy,” Mara Keisling, executive director of the National Center for Transgender Equality, said. “This bigoted ban has brought chaos to prospective recruits, active duty servicemembers, and countless families forced to watch their dedication and duty soiled by a self-interested President.

“The military wants and needs qualified transgender people, and we applaud this action by the House to ensure that every person willing and able to serve is allowed to serve. It will now be up to the Conference Committee and the President whether to embrace equal opportunity or discrimination.”

“Transgender troops have served openly with distinction for years, and they and their fellow service members deserve nothing less than the respect of a grateful nation,” said Sarah McBride, HRC National Press Secretary.

“The Trump-Pence administration’s trans troop ban goes against medical experts, military leadership and budget analysts; it is unsound, unpopular, and unpatriotic. We are grateful to Congresswoman Speier and the strong, bipartisan majority of the House who voted for this amendment to ensure all transgender military service members have equal non-discrimination protections.”