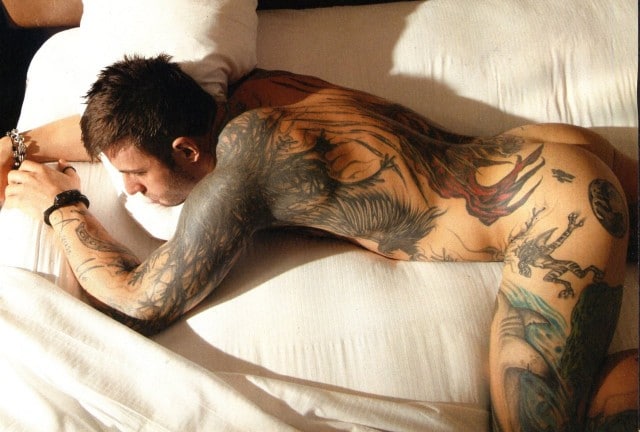 How worthy is the junk of this hunk? How do you think?

Pretty sure I have the biggest natural #booty in this rap game. I'm just not flexible enough to take these damn pictures. #anotherdayinthelifeof #manbooty

Everything is covered, including theft

Checkout my new article/interview in #Cosmo – Why This Reality Star Insured His Penis for $1 Million "Everything is covered, including theft.​"​ — http://www.cosmopolitan.com/sex-love/news/a57801/nick-hawk-insured-his-penis-for-1-million-why/ #anotherdayinthelifeof #NickHawk

Nick is a rapper, martial arts expert and entrepreneur and he is also one of the original cast members of TV series Gigolos, that began in 2011 and now the six season is on.

Now we are going to share with you full interview of Nick with Cosmopolitan where he explains this situation and the reason why he decided to insure his manhood:

Why did you need to insure your penis, especially for $1 million?


Fifty Shades screwed me. Most people are inexperienced [in bondage] and just getting into it, so they’re a little too rough. Everybody wants to beat each other up now, and not everybody knows how to do it effectively. It also doesn’t help that I took on this “bad boy” image, so I decided to get the insurance. We called Lloyds of London first because they were the most well-known one for insuring celebrities’ body parts, but they were not interested.


Business ethics, morals, values, I don’t know. Who knows? They’re probably haters. We found another insurance company though, Geldin insurance. They were cool with it but they weren’t sure what to think of it at first. We actually did an episode ofGigolos around getting the insurance too. It was good TV.

I had the most awesome vivid dream last night that I was a healer. Through a guided meditation and touch I could restore people and heal many problems. I believe we have far more capabilities that most can't even imagine. Anyone has the power to heal themselves and others. Photo by: Ivan Avila @ioaf

How expensive was it?

It wasn’t that bad, because it’s very unlikely that something crazy is going to happen to my penis, but it is a possibility for sure. I’m this big sex symbol now with the sex toy line and the TV show. If anything happened to my penis, that would take a big stab at my career for sure.

What does the insurance cover?


Everything is covered, including theft.


Yeah. “Anything that contributes to the direct dysfunction” I believe is how it’s worded. So it could be some kind of an injury from, you know, anything. My main concern is women getting wild with me because they think that I’m the person that they can get wild with. I’m always worried when sex gets going hard and fast that, you know, my penis will flip out and bend back. I’ve heard some horror stories about them breaking.

When did it finally occur to you that you really needed to insure your penis?


This last year, but it’s been in the back of my mind for a while ever since I started doing the gigolo thing. I like doing rough stuff with hair-pulling and scratching and all that, but it also can be done too hard and inexperienced people seem to tend to be a little more abusive and go a little too hard.

We wish Nick to take care of his manhood)

Source of the interview: cosmopolitan.com