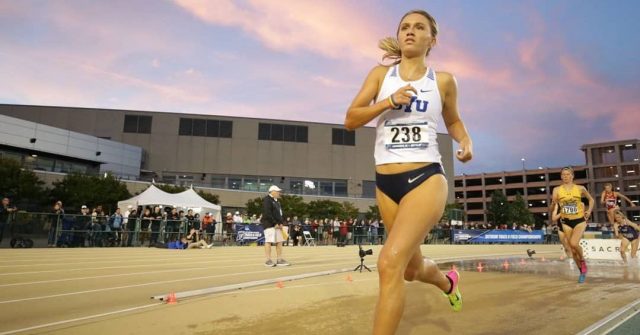 I am the only out LGBTQ athlete at BYU.

A lonely label and a sad reality.

Because, between you and me, I’m not the only athlete at BYU who is LGBTQ.

I’m just the only one who is out.

The only out LGBTQ athlete at BYU.

A title that fails to capture why it exists and how it came to be mine.

I’ll do my best to explain.

Let me begin by telling you the first time I fell in love.

It was a warm September evening, and I was sitting alone on the bus after a high school cross country meet. I was alone because I peed myself during the race and was attempting to hide the smell. After a few minutes, I heard someone climb into the bus. I hoped whoever it was wouldn’t sit near me, for obvious reasons.

The footsteps stopped next to my seat.

I fell in love with the voice first. The lilting Spanish accent was magical. I looked up and caught my breath. Golden hour sparkled on the glistening figure above me.

“Oh I’m sorry. I have something that might help. May I sit down?”

I nodded, hoping the open window would mask my scent.

“Where are you from? Why haven’t I seen you before?” I asked.

“I’m an exchange student from Spain. I just joined the team. Here you go.”

Our hands brushed as I was handed a bottle of gummy bears cheerfully labelled “Happy Pills.”

A smile crept onto my face, and my discomfort slipped away.

Her name was Isabella and she was my first love.

“It” is my bisexuality.

I was born into the Church of Jesus Christ of Latter Day Saints. Growing up, my family maintained a conservative household that rigorously upheld traditional Christian values.

Three hours of church each Sunday, family scripture study every night, youth group on Tuesdays, and seminary (Bible study class) every morning before school. I was raised to believe in eternal marriage between a man and a woman. My future was conditioned and clear and I was prepared for it.

When I realized my sexuality, I knew the only life I’d ever known would reject me.

Sometimes I lie in bed at night and ask myself, “Why the hell did you go to BYU?”

Sometimes I lie in bed at night and ask myself, “Why the hell did you go to BYU?”

Brigham Young University is a private university owned by the Church of Jesus Christ of Latter Day Saints. To attend, every student must be “ecclesiastically endorsed” by a religious leader and agree to abide by the Honor Code. BYU boasts a competitive Division 1 long distance running program and its tuition is thousands of dollars cheaper than the other colleges I was recruited by.

Not too bad, right?

To be clear, no one really knows what that last sentence refers to. Handshakes? Hugs? It’s hard to say. Whatever it means, the ambiguity has created a culture of paranoia for LGBTQ students.

According to the Honor Code Office, all credible violations of the code are investigated, a process that includes reviewing evidence and speaking with witnesses. An employee interviews the accused student, who is responds to the allegation. If the student is found to have committed the violation, penalties can range from a warning to suspension or expulsion.

Punishments are based on individual judgment calls and reviewed by a committee. Other consequences of violating the code may include mandatory religious worship, hours of community service and the withholding of diplomas, regardless of academic standing.

Professors, coaches, students, roommates and ecclesiastical leaders are encouraged, and in some cases obligated, to report those who break the honor code.

If so, please read the experiences of BYU students on the Instagram page “honorcodestories”. These true stories expose the toxic reality of Brigham Young University’s Honor Code Office and provide insight into the homogeneous, homophobic, judgmental and close-minded environment it creates on campus and beyond. 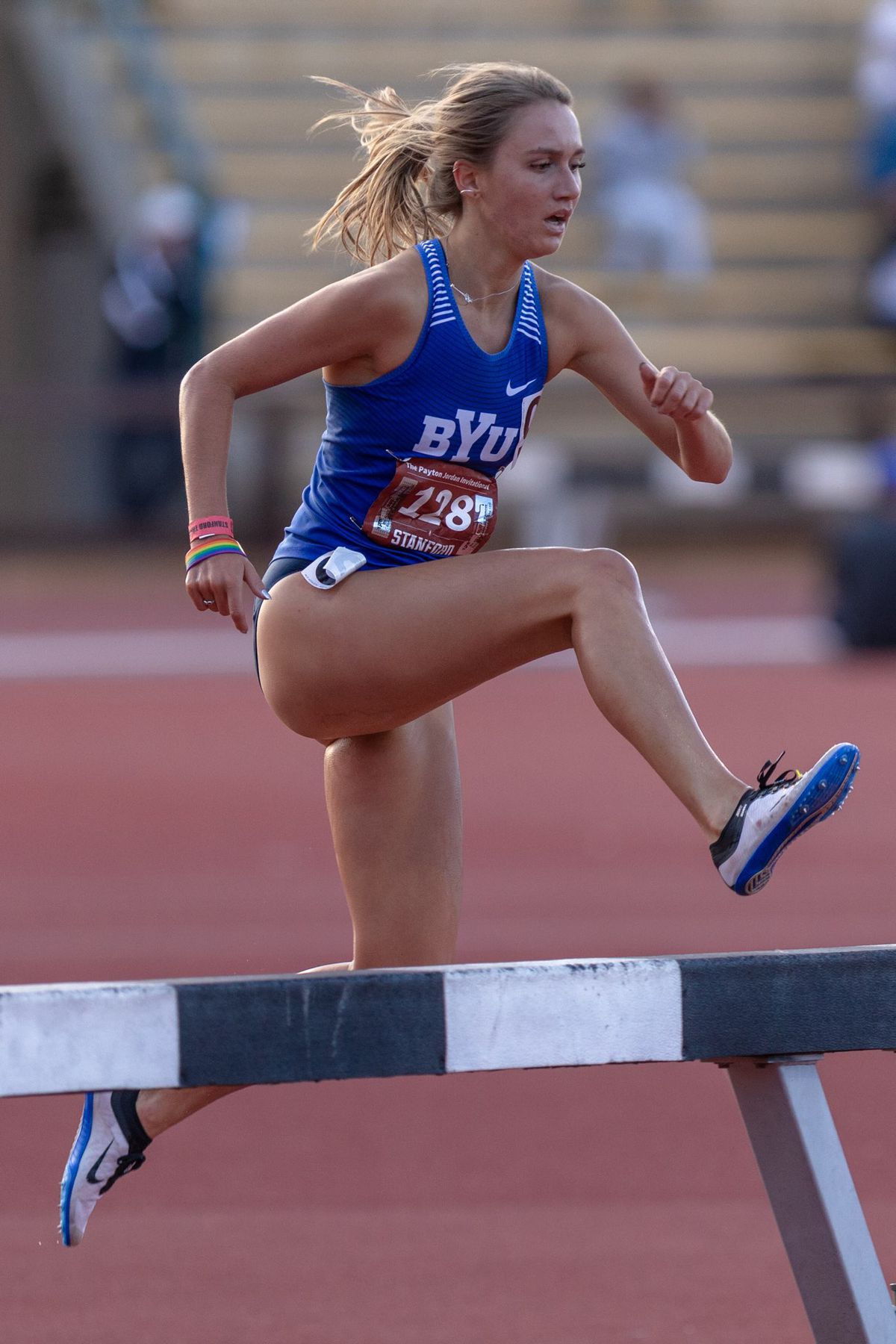 That is the culture I exist in.

And I am not straight.

Most everyone assumes that I am.

Every year of college, I’ve sat in required Bishop’s interviews where I’ve been asked why I don’t have a boyfriend and why I don’t date the boys in my student congregation. And every year, for my own protection, I’ve played along.

“Oh I wanted to! I was too busy with cross country — I didn’t have time.”

The truth is, I did have time to date.

It’s just safer not to.

I didn’t want to chance being outed or get kicked out of school for breaking the honor code.

Still, the assumption of straightness is a painful reminder that I am somehow deviating from a “correct” path, that I am unnatural, and that I don’t really belong.

For the first three years of college, I compartmentalized the pain and frustration and assumptions so I could function in school and athletics. I took a leadership position in the first diversity and inclusion committee for BYU athletics because a part of me hoped I could help create a safer environment for people who felt as isolated as I did.

While the committee’s work did initiate important conversations at BYU, the influence of an inherently homophobic honor code prevented major cultural improvement.

Some people ask, “What makes it hard being at BYU?”

Being an out-of-state college student is exhausting. Being a D1 athlete and competing three seasons a school year on a competitive team is exhausting.

Trying to succeed at both, with the weight of everything I’ve held back to protect myself, is hell.

For me, it’s the little things. Little things I hide about myself, some so small I don’t even notice. The days go by and the little things pile up until it’s all I think about. Until I’m not me anymore. I become something I never intended, the effect and consequence of everything I cannot be.

Sometimes I think I deserve an Oscar for the straight performances I’ve turned in.

The worst part is, I know I’m not alone in my experience.

Like so many other students at my school, there are times I want it all to end.

My inability to fit in with school, church and BYU’s culture drives every thought in my head.

I feel everything until I can’t feel anything.

There is something in me that feels stronger than the numbness.

Something I developed during years of long-distance running.

Yes, there is pain and anger and frustration and shame. But there is also joy and determination and grit. There is possibility and strength and commitment to every dream I’ve ever had.

And the emptiness I feel in those dark moments has nothing on everything I want in life. 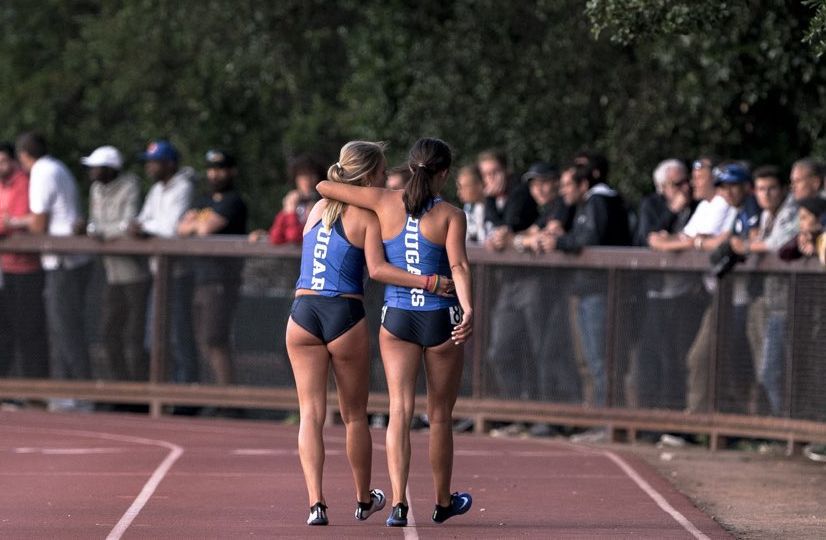 I work with mental health professionals for support and constantly recommit to prioritizing my well being.

I’ve decided If I’m going to accomplish my goals, it will be as myself.

April 2018 was the first time I made this commitment. The next week, I came out to BYU athletic administrator Liz Darger. She was supportive and accepting. I subsequently dropped my time in the 3,000-meter steeplechase by 20 seconds, qualifying me for the NCAA regional meet.

I had never qualified before.

I came out to my family a month later. The conversation was raw and uncomfortable. It was a hard summer living at home, followed by a school year with minimal communication and no physical contact.

When I got to cross country camp in the fall, I felt relieved to be around my teammates again. Three miles into the first tempo run of the season I told them, “Running with you guys is where I feel most at home. I just want to let you know I’m bisexual.”

And we ran on.

“I love you Emma. I’m just glad you finished the tempo. How’s the body feeling?”

My team is a huge part of why I came out at school.

My team is a huge part of why I came out at school.

They are my safe space in an unsafe environment.

Competing in athletics as myself has been a magical experience. My team took seventh place at the 2018 NCAA Cross Country National Championships.

During the 2019 outdoor track season I dropped my steeplechase time by 15 seconds and qualified for the NCAA West regional meet. At regionals, I was two spots out of qualifying for nationals and got a new personal record of 10:04.

I am the only out LGBTQ athlete at BYU.

I’m in unfamiliar territory in a hard environment.

I can openly acknowledge how I experience the world.

The weight is gone.

And the future awaits.

Emma Gee, 21, will be graduating from Brigham Young University in the spring of 2020. She is a Public Relations Major and International Development Minor. The Broomfield, Colo., native served as chair of the diversity and inclusion committee for BYU’s Student Athlete Activities Committee and is a member of the cross country and track teams. She can be reached by email (emmageexc@gmail.com) or Instagram (emma_gee1777)