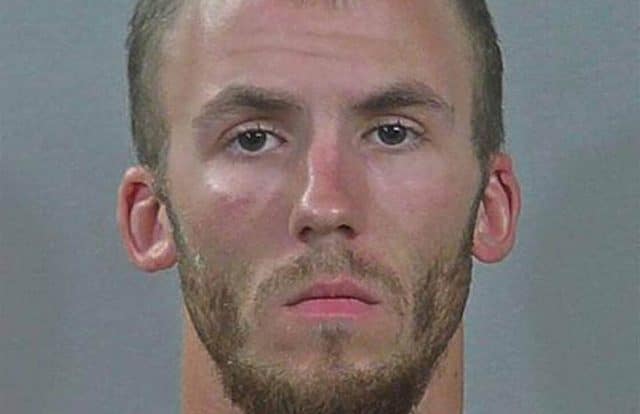 Kelly Schneider sat in an Idaho courtroom on Monday (10 April) with his head bowed and for more than an hour listened as the family of Steven Nelson spoke about the man Schneider killed.

When they were through, a judge sentenced Schneider to 28 years to life in prison.

It as nearly a year ago that Schneider used an online ad offering sex for payment to lure the gay man to some woods at Lake Lowell in Nampa.

He took Nelson’s money but the two men did not have sex.

Instead, two of Schneider’s friends arrived and he stripped Nelson of his clothes and repeatedly kicked him with steel-toed boots while yelling homophobic slurs.

He then left him naked in 30-degree weather.

Nelson, 49, managed to make it to a house about a half-mile away to summon help but later died in the hospital.

Nelson volunteered his ATM number and begged for his life, saying: ‘Please don’t kill me. Take whatever you want.’

His father, Edgar Nelson, is haunted by what his son endured in the final hours of his life.

‘In my imagination, I walk that mile over and over with Steven,’ the father said.

Schneider spoke after the family had their say.

‘I understand that no matter what I do, I can never make right what I did wrong. … I’m not asking anybody for forgiveness, because I don’t deserve it.’

Judge Thomas J. Ryan said as he imposed sentence said Schneider ‘should not be released any earlier than reaching the age of 60. And that may be too soon.’

Schneider is one of four people charged in the crime.

Co-defendant Jayson Woods will also be sentenced this week. Also to be sentenced within the next three weeks are Kevin Tracy and Daniel Henkel who were hiding nearby during the attack in case Schneider needed backup, according to The Idaho Statesman.