Home Gay Life If You Could Wake Up Tomorrow And Be 100% Straight, Would You?... 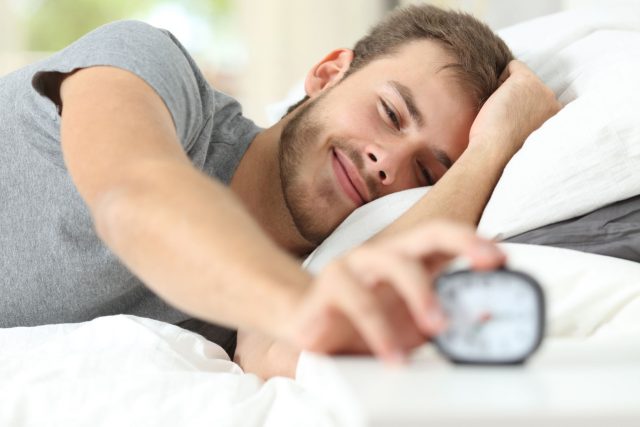 The question is simple:

Gay people of Reddit: if you had the opportunity to wake up tomorrow 100% straight, would you want to? Why or why not?

The answers, not so much…

Some people said they would prefer to be straight because life, in general, would be easier:

Probably. I haven’t entered a serious relationship and struggled a lot with my sexuality growing up in the Christian church.

I really think I would. I don’t fit in with the gays. I come off as straight, so all the feminine gay guys want me to pursue them. But my sexuality is submissive. I don’t want a feminine guy I want a masculine guy like me. But it’s surprisingly hard to find that in the gay community. I think I’d rather be straight. It’s just so much easier and simple.

I’m mostly out of the closet. It’s just that normal everyday conversations don’t leave opportunities to explain my sexuality to people without it being awkward. So a lot of people I know don’t know just because they haven’t asked. Plus I pretend to be straight in front of the guys on my hockey team because they’ve been very vocal about how much they hate gays.

Others weren’t as sure:

Maybe if I had the option for an “undo” button. … I would go straight for a couple of weeks just so I could bang a few randos and stop feeling like I’m about to explode with frustration.

I have a lot of straight and lesbian friends. I’ve never really gotten along with gay men, and I’m not really connected to gay male culture. Really the only thing that would change is that I would like vagina. In that case, can I wake up as a lesbian woman?

Oooh. This is a tough one.Yes because it would make life a whole lot easier. Like I’m dreading the day I come out to my parents, plus I’m still in high school so not exactly working in my benefit. No, because the straights™ are basic.So overall answer: No.

And others said they like being gay and wouldn’t change it for the world:

Nope. I mean, I just don’t see any reason for me to want to do that. Being straight is probably easier sometimes, but facing difficulties is very often a good thing. I’d probably have suffered less in the past, but suffering can engender empathy. I like those things.

No way. For all the shit that comes with it–having to hide it from certain people, having to be afraid for xyz reason–it’s part of who I am. And dealing with all the gross stuff has made me a stronger and better person. A lot of people died getting us this far as a minority. I’d feel like I was betraying that.

Absolutely not. Being gay is the core of who I am. It’s led me to some of the best experiences of my entire life. It’s opened my perspective, and helped me check my privilege. While I’ve been discriminated against, bullied, and even attacked for something I have no control over, I wouldn’t change a damn thing.

Now it’s your turn… If you could wake up tomorrow and be straight, would you? Share you thoughts in the comments below…