Proposed changes to the penal code would make gay sex punishable by up to five years in prison.

Attacks on LGBT people in Indonesia have increased in recent months, and activists worry lawmakers are readying to criminalize homosexuality throughout the country.

Same-sex activity is currently legal in most of Indonesia, except for the northern province of Aceh, which is governed by sharia law. Over the weekend, police there detained 13 transgender women, shaving their heads and forcing them to dress and talk like men. The raid follows a series of raids of gay bars, bath houses and private homes in Jakarta, as well as the public flogging of two suspected homosexuals in Aceh. 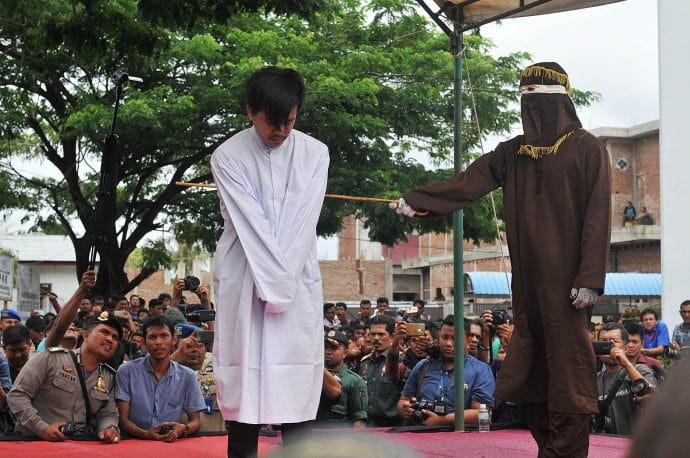 This month, a survey conducted by Saiful Mujani Research Centre found that 87.6% of Indonesians “felt threatened” by LGBT people. Advocates say that’s because so few know any openly LGBT people. Gay rights are seen as an import from the West and a threat to Indonesian identity.

Indonesia’s health care providers classify homosexuality and transgender identity as mental disorders, and censors have banned gay or cross-dressing characters from Indonesian television. This week, gay dating app Blued was taken down from the Google Play Store in Indonesia.

Ferena Debineva of KTASAMA (the Indonesian Coalition on Sexuality and Diversity) told the Australia Broadcasting Company some LGBT Indonesians are already looking to seek asylum abroad. “But for most people leaving Indonesia is not an option,” she added. 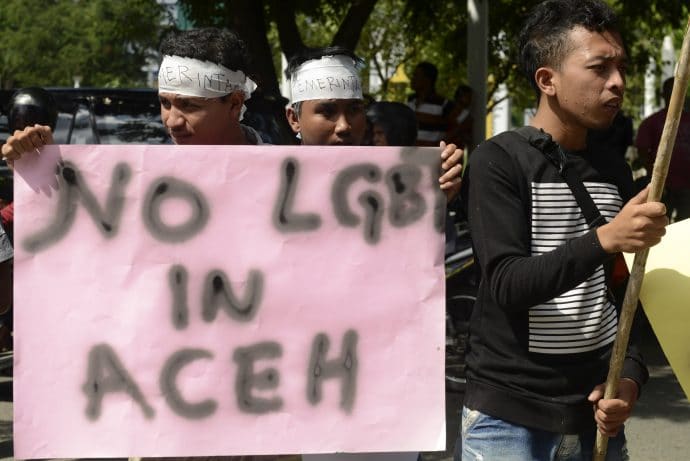 In December, efforts to ban homosexuality were narrowly blocked by Indonesia’s Constitutional Court in a 5-4 decision. But legislators continue to propose changes to the criminal code that would make both gay sex and relations outside of marriage punishable by up to five years in prison.

The House of Representatives says it aims to pass the new criminal code by mid-February. “Some have even said they will be doing it on February 14,” activist Kate Walton told ABC. “A lot of people have seen the irony between that being Valentine’s Day and the potential for raids on boarding houses, houses and apartments to catch couples having sex outside of marriage.”

But even if the code isn’t changed, LGBT people aren’t safe, as police often use the country’s strict anti-pornography law to arrest and detain them. More than 300 people were charged under the law in 2017, according to Human Rights Watch. In fact, the communications ministry claims Blued was removed from the Google Play Store “because of negative content related to pornography inside the application.”

Ministry spokesperson Noor Iza told AFP, “Probably one or some members of the application put the pornographic content inside.”