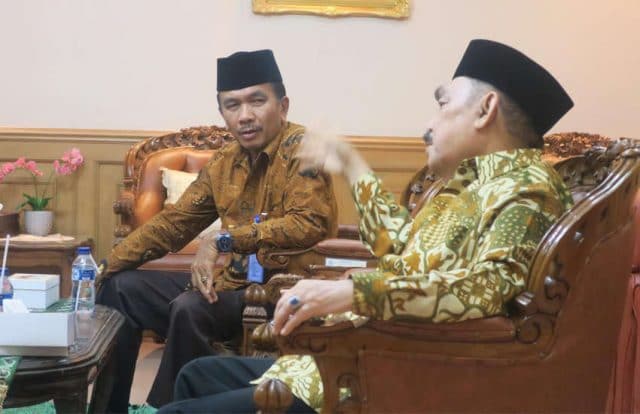 The head of Indonesia’s population and family planning agency has labeled LGBTI citizens the ‘main enemy of national development’.

‘In addition to violating religious rules, these sexual deviations also weaken us’ Nofrijal said on Monday (3 June) according to Ankara.

Leaders in Muslim-majority Indonesia have been increasingly targeting the LGBTI community.

‘There needs to be a special regulation to deal with it together through possible regional government regulations so that there is a commitment that LGBT can be controlled’ he said.

‘The younger generation has the right to be saved and the government and society have an obligation to save them’ he reportedly said.

Indonesia is currently in the grips of anti-LGBTI hysteria.

Homosexuality is not currently illegal in most of the country. In the province of Aceh, and for Muslims in the city of Palembang, it is illegal under Sharia Law.

The crackdown has seen police raids on , and even

That’s why most remain in the closet,

The mayor of Padang in the province of West Sumatra said he was using the military (TNI) to search for and arrest LGBTI people.

Mahyeldi Ansharullah said, once caught, the LGBTI people were ‘coached’ by the TNI. They also used conversion therapy techniques.