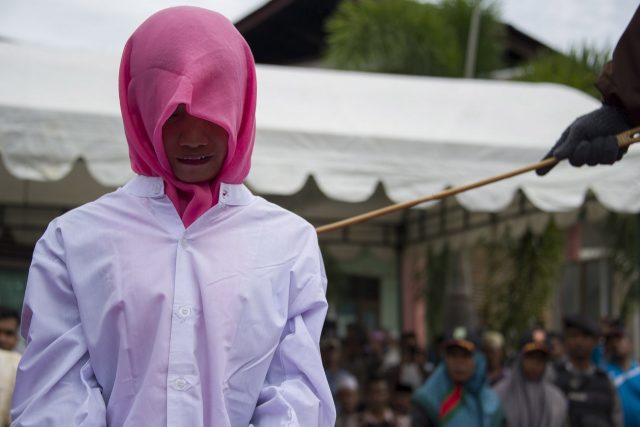 The head of an Indonesian university has initiated a program to “normalise” gay students.

The State University of Gorontalo (UNG) in northern Indonesia issued the new policies which target members of the LGBT community. Syamsu Qamar Badu, the rector of the university, announced that a “special team” will be employed to look out for and offer counselling too students who they suspect may be within the community.

“This identification process will not be easy, but we can’t just let it happen if there are male students wearing lipstick on campus,” Badu said.

Badu hopes the programme will create a “college of civilisation”, and that the new guidance will help bring LGBT people “back to normalcy.”

LGBT advocacy groups have protested the plan. One activist said: “UNG must guarantee non-discriminatory education for people of whatever sexual orientation.”

Wahiyudin Mamonto, head of the Institute for Research and Human Resources Development of Nahdlatul Ulama, told the Jakarta Post: “The policy is based on mere hatred.

Homosexuality has never been illegal in the Islamic country, but attitudes towards LGBT people have become steadily more extreme in recent years despite a growing gay population. The

The country has agreed to block dozens of gay websites and apps in a crackdown on so-called “gay propaganda”.

The only transgender boarding school has been forced to close after being branded “immoral.”

A gay couple have been arrested in Indonesia for a photo showing them kissing that appeared on Facebook.

The 22 year old university student and his 24 year old boyfriend were arrested on the island of Sulawesi after other Facebook users complained to police about the photo.

However, the President of Indonesia has broken his silence on the country’s rising political culture of homophobia, finally insisting that LGBT people must be protected.