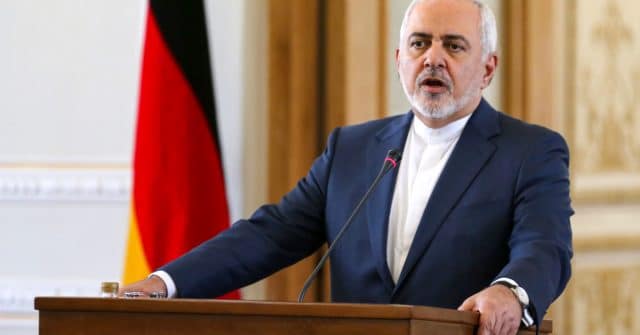 At a joint press conference with German foreign minister Heiko Maas in Tehran on Monday, Zarif was asked by a reporter for the German newspaper Bild: “Why are homosexuals executed in Iran because of their sexual orientation?”

“Our society has moral principles. And we live according to these principles,” Zarif answered.

“These are moral principles concerning the behaviour of people in general. And that means that the law is respected and the law is obeyed.”

Same-sex sexual activity has been a crime punishable by death in Iran since the revolution in 1979.

Authorities periodically crackdown on LGBT+ activity in the country.

In April 2017, police reportedly arrested 30 men at an event in Isfahan Province, and charged them with “sodomy, drinking alcohol and using psychedelic drugs.”

According to Human Rights Watch, in February 2008, the police in Isfahan raided a party in a private home and arrested 30 men, who were held indefinitely without a lawyer on suspicion of homosexual activity.

In 2018, a report stated Transgender people are still being beaten, attacked and disowned by their families in Iran, although it is legal to be trans in the country.

Thirty years have passed since a fatwa was issued demanding the acceptance of the community, but trans women like Nahal only feel safe within the confines of their own home.

“I no longer see my relatives,” Nahal told ABC News.

“Maybe I’m a sign that if your own children will have a similar problem later, you can accept it.”

The report came after a shocking video emerged, in which a trans woman was assaulted while the police stood by and watched.

In the video, a woman confronts the policeman about his lack of action, and asks if he is ignoring the attack because she is trans.

“Why aren’t you helping her?” the woman asks angrily in the clip.

“Is it because she’s transgender? You shouldn’t drive away. You should help them,” she adds, to which the policeman shrugs.

“But look at what they look like,” the police officer responded to the woman.