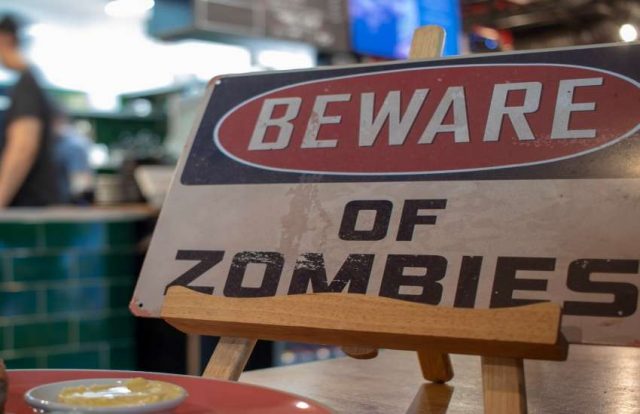 An Irish priest left church goers stunned after comparing LGBTI people who have sex before marriage to ‘infected zombies.’

Brother Tom Forde, of the Friary in Kilkenny – southeastern Ireland – also suggested to parishioners last Saturday (8 June) that those who are pro-contraception and pro-choice are the ‘living dead.’

, LGBTI organizations have been left ‘flabbergasted’ by the sermon.

In his homily – a spiritual speech read after the reading of scripture – Forde admitted it ‘may destroy whatever respect you have for me.’

He acknowledged they are ‘ridiculous’ horror stories. However, we then suggested some people are ‘physically alive but spiritually dead, morally rotten or at least infected.’

He said: ‘We see this when the mask slips and someone we thought a friend is revealed as a fiend, full of anger, spite, malice, lust or pride we had not seen before. We see it in self-destructive, irrational behaviour.

‘It is visible in the abuse of drugs and alcohol, in adultery, fornication and homosexuality.

‘As well as in acceptance of abortion and contraception and in the move to legalise euthanasia.

‘In the zombie genre once you’re bitten you’re infected and there’s no hope.

‘The only way to deal with the monsters is to stab or shoot them in the brain. Otherwise they are merciless, relentless and unstoppable.

‘Zombies, thank God, do not actually exist but I would suggest, spiritual-zombie hood does.’

Kilkenny is known for its medieval monastic ruins with the River Nore flowing throughout. The patch of southeastern Ireland is laced in , but that did not stop church goers from leaving their pews in protest

When contacted to explain his views by the Irish Mirror, the secretary of the Capuchin Friary in Kilkenny said: ‘He [Brother Forde] has nothing to explain. There will be no comment.’

Following the mass, Brother Forde posted his homily to his blog page. But it has now been deleted.

The Irish Mirror saw the two-page speech, which included a photo of zombies and was titled: ‘The living dead are all around us and Christ alone has the cure: the Holy Spirit.’

Eddie McGuinness, communications manager of Dublin Pride, told the local paper: ‘I’m flabbergasted. Those words are harmful, not just within the LGBT community but within society.

‘So, again, the Catholic Church is trying to tell people how to live their lives when they should be looking internally and cleaning up what they did themselves.’