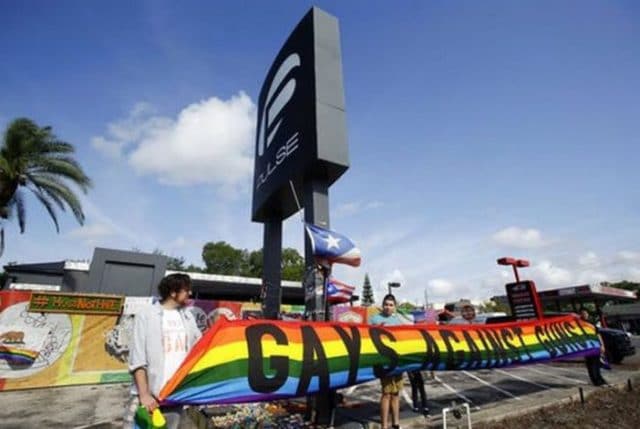 Madonna has been accused of exploiting the mass shooting at Pulse nightclub in her new music video for the single, “God Control.”

“The story you are about to see is very disturbing,” the opening words on screen warns viewers. “It shows graphic scenes of gun violence. But it’s happening every day. And it has to stop.”

The video reenacts the tragic slaughter of mostly queer people of color at a gay nightclub in Orlando in 2016 with a disturbing reenactment of the carnage inside the club when the gunman opened fire. While the singer says her intent was to bring attention to gun violence in America, survivors of the late night domestic terrorist attack are condemning her for exploiting their pain and re-traumatizing them.

“I want to draw attention through my platform as an artist to a problem in America that is out of control and is taking the lives of innocent people,” Madonna said when the video was released. “This crisis can end if our legislators act to change the laws that fail to protect us all.”

Survivor Brandon Wolf, however, takes umbrage that the singer didn’t bother to contact any of the survivors or families to discuss how her video would make them feel. While he wishes more artists advocated for gun control, the disturbingly violent imagery is made worse because Madonna never acknowledges Pulse or the actual tragedy she’s re-enacting for profit.

“For someone like me, who actually lived those images, to see them again, is traumatizing,” survivor Patience Carter said. “I think it was really insensitive to not think about the person that was actually in these incidents, who actually lost someone, that actually had to experience the bloodshed first hand. Think about how they would feel, reliving – because that’s what it is: reliving – these things all over again. All that healing, all that growth can crumble with one video.”

In 2018, the shooter’s widow, Noor Salman, was found not guilty of aiding the deranged killer before he attacked the gay nightclub.