Andrew Jackson was president when Jonathan the Seychelles giant tortoise was born.

Homosexuality has been exhibited across the animal kingdom, but veterinarians in Africa have uncovered the oldest known living gay creature on earth. 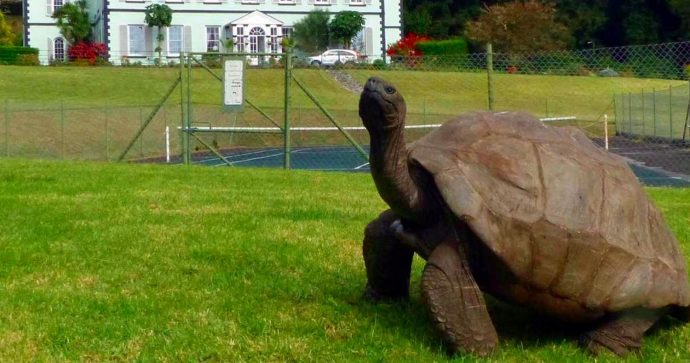 Jonathan, a 186-year-old Seychelles giant tortoise, lives on St Helena, a British territory off the coast of Africa. For nearly 30 years he’s been in a relationship with another tortoise, originally named Frederica. But when doctors repaired a lesion on Frederica, they realized “she” was actually a male—and rechristened him Frederic.

The two share the same eating and sleeping schedule and enjoy weekly mating sessions. But now caregivers finally understand why they never had any offspring. 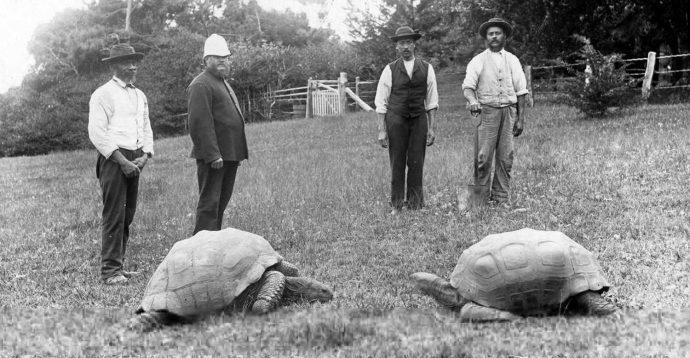 Jonathan was originally given as a gift to the governor of St. Helena in 1882, and still lives on the grounds of Plantation House, the governor’s official residence. He suffers from cataracts and is a bit brittle, but reportedly still has excellent hearing.

“Once weekly I hand-feed him to boost his calorie intake,” said vet Joe Hollins. “After his meal, I wipe his chin, scratch his throat and wish him well.”

Jonathan may be the oldest gay half-shell, but he’s not the first: Last year, biologists reported on a group of tortoises in Macedonia exhibiting same-sex behaviors.

With a population of just 4,255, St Helena is currently deciding whether to legalize marriage equality. A ruling from the country’s Supreme Court is expected some time next year.