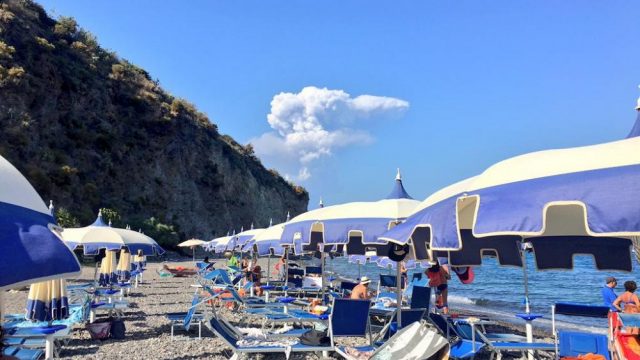 A volcano erupted on the Italian island of Stromboli on Wednesday, the National Institute of Geophysics and Vulcanology said.

Tourists, terrified when ash started rising high into the sky, threw themselves into the sea, Italy’s ANSA news agency said.

Following the eruption, evacuation operations began on the island.

Stromboli is a small island in the Mediterranean Sea, off the north coast of Sicily, and is a popular tourist destination. ANSA also reported that the volcano was spewing out red hot rocks, and new lava spouts are creeping down the volcano onto the island.

Witnesses shared their experiences of the eruption on Twitter.