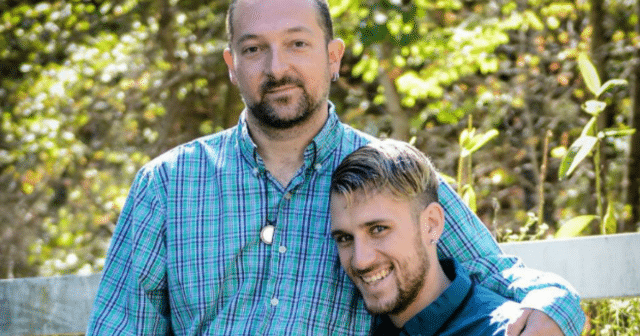 Governor Cuomo offered to officiate for them

Gay couple Dylan Toften and Thomas Hurd went to the town clerk in Root, New York, a small town outside of Albany, to get their marriage license. They were ready to start their lives together as a wedded couple.

Unfortunately, the town’s clerk, Laurel Eriksen, denied their request — despite the fact that same-sex marriage has been legal in the state of New York since 2011, and the United States at large since 2015.

Toften wrote about the incident on Facebook on Monday (30 July), calling Eriksen a ‘bigot’. 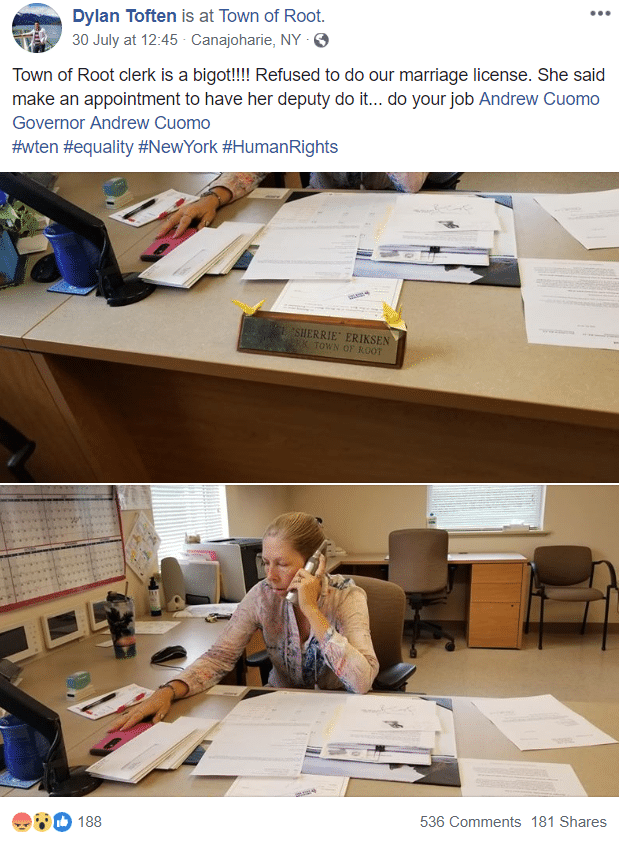 Despite an admitted objection to same-sex marriage, Eriksen reportedly told Robert Subik, Root’s town attorney, she denied the couple because they did not have an appointment.

‘I think she handled it professionally,’ Subik said. ‘She gave them an option for them to achieve their goal with another person in her office, and they were certainly free to do that. If they make an appointment, the deputy clerk will handle it expeditiously and very professionally.’

Will Cuomo officiate their wedding?

On Twitter, Cuomo described the situation as ‘an unconscionable act of discrimination’. 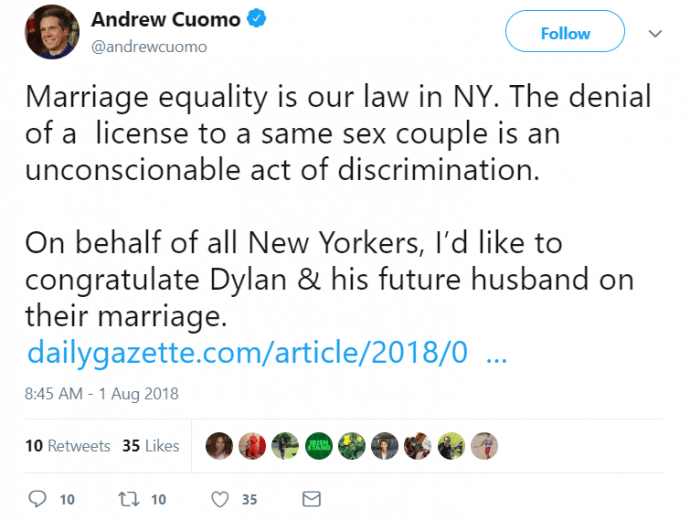 He also congratulated the couple on their future marriage, but that’s not all he did.

According to various reports, Cuomo opened an investigation into what happened and why the couple was denied. He also made a pretty big offer.

‘I invite them to come to Albany, and I would be happy to offer my services as an officiant at their wedding.’

‘His comments are not reflective of the facts of the case, and he’s twisting it around for his own purposes,’ he said.

Alphonso David, the governor’s counsel, said couples have gone in before without appointments and received licenses.

No one deserves this

‘No one should have to experience discrimination because of who they love,’ he said, before adding, It’s also against the law in New York State, and we appreciate that Governor Cuomo is taking action, leading an investigation into what happened, and standing up for the equal rights and dignity of LGBTQ people.’

One of the most infamous cases was that of Kim Davis in Kentucky. She’s planning to run again for the clerk position.

Toften, for his part, is staying positive and grateful.

GSN reached out to Root town officials for comment.