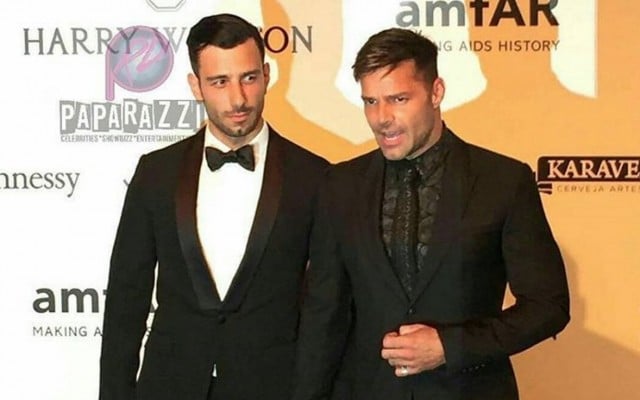 It was first time coming out together on public

They both were holding hands with interlocked fingers facing the public for the first time being together as a couple.

Ricky Martin attended together with his new man the 2016 amfAR Inspiration Gala in São Paulo, Brazil on Saturday. They not just walked proudly down the red carpet together as a couple but also were holding their hands with their fingers interlocked tight.

Martin’s new lover is 31-year-old London-based artist Jwan Yosef, who was born in Syria and raised in Sweden.

After their first coming out together Martin, 44, posted a photo on his Instagram account writing just one word ‘Yup.’

Jwan Yosef became Martin’s new love interest since his breakup with Carlos González Abella in 2014, with whom he living about 6 years. Carlos supported Martin when he came out as gay in 2010. And the couple was even rumoured to have plans for marriage.

The media has caught Martin and Yosef travelling on holiday together to Japan, NYC, Malibu and Puerto Rico one month ago. But that time they weren’t holding each other hand.

Last year, Martin gave an interview admitting that being a single dad of two kids is like a challenge, especially in terms of him dating new men.

‘We’re all men. It’s in our DNA to go for it,’ said Martin. ‘But I have two boys and I cannot bring different men every day into my house.’

Now Martin is happy. He can bring his new love home and meet him with his children. Good luck, Martin. Live long and happpily!