Home Gay Life Jeanne Manford was not just the ultimate ally. She was our mom. 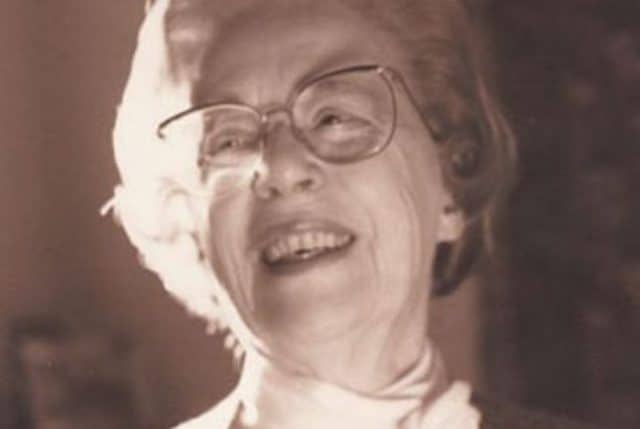 It’s the call no parent wants to get.

In April 1972, Jeanne and Jules Manford picked up the phone at their home in Flushing, Queens. Their son Morty, a prominent gay rights activist who participated in the Stonewall Riots, had been severely beaten while distributing flyers at a dinner for New York City luminaries.

The couple’s older son Charles had died several years earlier from a drug overdose. Their daughter, Suzanne, told NPR decades later, “My mother was beside herself with rage that anybody could hurt her child. She had already lost one, and the fact that she could’ve lost another—she was seething.”

Jeanne, an elementary school math teacher, turned her anger to action. She wrote a letter to the editor of the New York Post, expressing anger because police had not intervened to stop Morty’s beating. She asserted, “My son is a homosexual, and I love him.”

After the letter appeared, she told an interviewer years later, “ Morty called me up and said, ‘You can’t believe how everybody’s talking about your letter!’ I didn’t think anything of it, but I guess it was the first time a mother ever sat down and very publicly said, ‘Yes, I have a homosexual son’.”

Manford participated in June 1972 in the Christopher Street Liberation Day Parade (the predecessor to the New York City Pride Parade), carrying a sign urging, “Parents of Gays: Unite in Support of our Children.” Many young gay and lesbian people came up to her during the parade and asked her to speak with their parents.

She and Morty started talking about forming a support group “so parents could talk to each other and know they were not the only one” with gay children. They envisioned the group “as a bridge between the gay community and the heterosexual community.” The initial group met in March 1973 at a church in Greenwich Village. Approximately 20 people attended.

Similar groups began to spread across the country, driven by word of mouth. After the 1979 National March for Gay and Lesbian Rights, representatives from these groups met for the first time in Washington, D.C. They also began to distribute information to educational institutions and faith communities and in 1981, decided to form a national organization, Parents, Families, and Friends of Gays, now known simply as PFLAG.

Manford did not lead the new organization but continued to use her home in Queens as a meeting place and to advocate for gay rights. Jules Manford was also active in supporting PFLAG, but Jeanne was the driving force and more prominent face.

New York City Council Member Daniel Dromm, who helped Jeanne found the Queens chapter of PFLAG, told NPR after her death that Jeanne “is the mother to all gay people, but she’s particularly the mother to gay people whose parents have rejected them.”

Part of Jeanne’s vision from the start, too, was to “become political” and “fight for the rights of our children.” The New York Times reported in 1996 that “In the last four or five years, Mrs. Manford has demanded meetings with local politicians, who at first were reluctant to meet with gay rights advocates and to secure funds for social service projects.”

Jules died in 1982. Morty, who became an assistant New York State attorney general, died in 1992 of complications from AIDS. In 1996, six years after she had retired from teaching, Jeanne left New York City for Minnesota in order to help care for her great-granddaughter while her granddaughter attended medical school.

”Our Queens group was like a family,” she told the New York Times in a piece about her departure from the city, noting, however, that her real family came first.

In January 2013, President Barack Obama announced he was awarding Jeanne the Presidential Citizens Medal. She died just days later, however, and her daughter Suzanne Swan accepted it on her behalf. Swan said in a statement, “I will miss my mother tremendously. She is known to thousands of people as the mother of the straight ally movement, but to me—she was my mother.”

Today, PFLAG boasts over 400 chapters with 200,000 members and supporters in communities of all sizes, bringing together parents, kids, relatives, and friends together for support, discussion, and information sharing. The organization also offers educational materials and safe schools programs, and advocates for LGBTQ equality at all levels of government, local to national.

“It’s truly beautiful and overwhelming to see the hundreds of thousands of people now building on the legacy started by PFLAG’s founder, Jeanne Manford, the mother of the ally movement,” Liz Owen, the current director of communications for PFLAG National, told LGBTQ Nation.

“Forty-six years ago—at a time when it was dangerous to even tell anyone that you had a gay child, much less support them publicly—Manford made it cool to love your LGBTQ+ kid, and the parents and families who participated in those early meetings helped create a now-worldwide organization that today makes it safer to do so.”

Jeanne Manford was the ultimate ally who illustrates that we didn’t get here alone. She was also our mom.