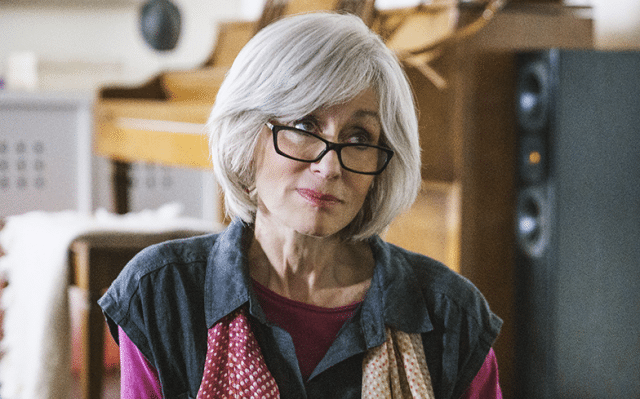 The legendary star – who’s best known for her work in television dramedy’s such as Ugly Betty and Transparent – was awarded with the Isabelle Stevenson Award, which honours a member of the theatre community every year.

Light received the award for her longtime advocacy towards the fight to progress LGBTQ right and to end HIV/AIDS.

She memorably spoke at the 1993 LGBTQ March in Washington, and has also worked with organisations such as GLAAD, Broadway Cares and the Elton John AIDS Foundation.

“It has long been my privilege to support the HIV/AIDS and the LGBTQ+ communities,” she emotionally said as she accepted the award. “So, to be honored in this way tonight is extremely humbling.”

Before she hit the red carpet, she spoke to Entertainment Tonight about the importance of the award, whose previous recipients include Phyllis Newman, David Hyde Pierce, Bernadette Peters, Rosie O’Donnell and Stephen Schwartz.

“This one means just about everything,” she explained. “I mean, the Tonys mean a lot, of course, and I love the Tonys. but this is for service, and for the HIV and AIDS work and the LGBTQ work that I’ve done for so many years.

“It’s this community that really inspired me to start that work, and so that’s why it means so much for me tonight.”

Light added: “We are incredibly proud. And if you look back over the history of all the work that’s been done out of this community for the support of HIV and AIDS and also all the LGBTQ+ in this community.