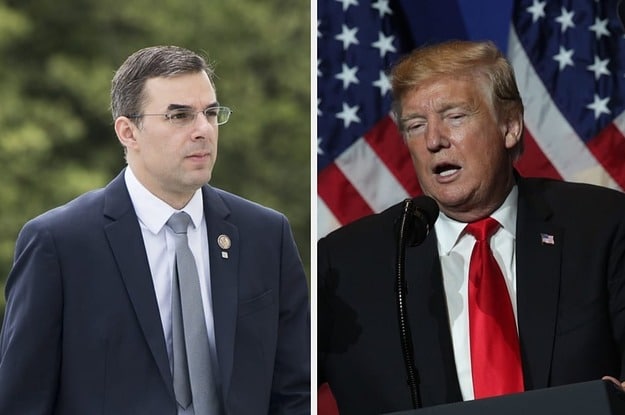 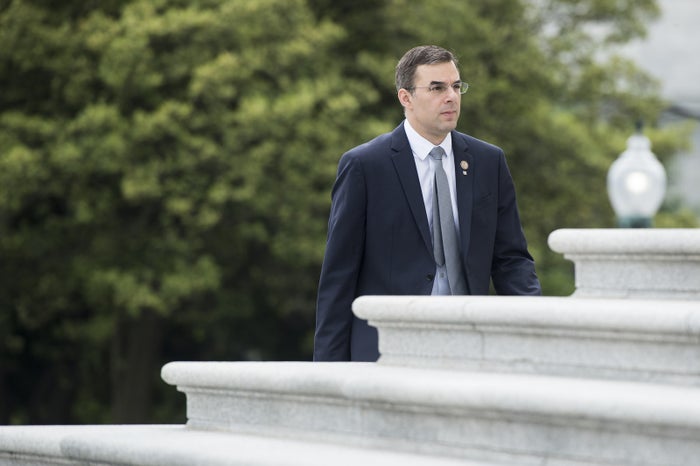 Amash, who has represented a conservative Michigan district since 2011, posted a series of tweets on Saturday afternoon in which he also accused Attorney General Bill Barr of «deliberately» misrepresenting the findings of special counsel Robert Mueller’s investigation into Russian interference in the 2016 election.

«Contrary to Barr’s portrayal, Mueller’s report reveals that President Trump engaged in specific actions and a pattern of behavior that meet the threshold for impeachment,» Amash said.

He also indicated he would be prepared to support impeaching Trump in order to «uphold both the rules and spirit of our constitutional system.»

Here are my principal conclusions:1. Attorney General Barr has deliberately misrepresented Mueller’s report.2. President Trump has engaged in impeachable conduct.3. Partisanship has eroded our system of checks and balances.4. Few members of Congress have read the report.

Trump responded on Twitter Sunday, writing that Mueller’s report was biased, yet «nevertheless strong on NO COLLUSION and, ultimately, NO OBSTRUCTION.»

….he would see that it was nevertheless strong on NO COLLUSION and, ultimately, NO OBSTRUCTION…Anyway, how do you Obstruct when there is no crime and, in fact, the crimes were committed by the other side? Justin is a loser who sadly plays right into our opponents hands!

While Amash has frequently split from some in his party and been critical of the president, his announcement on Saturday is sure give bipartisan political ammunition to those Democrats who want to see the president impeached. House Democratic leadership under Speaker Nancy Pelosi, however, have so far resisted calls to start impeachment proceedings.

Amash accused the attorney general of intentionally misleading the public in order to protect the president.

«Barr’s misrepresentations are significant but often subtle, frequently taking the form of sleight-of-hand qualifications or logical fallacies, which he hopes people will not notice,» he said.

When Mueller deferred on whether or not to charge the president, the attorney general opted not to bring obstruction of justice charges, concluding there was not enough evidence.

«In fact,» Amash wrote Saturday, «Mueller’s report identifies multiple examples of conduct satisfying all the elements of obstruction of justice, and undoubtedly any person who is not the president of the United States would be indicted based on such evidence.»

Mueller himself has also expressed concern about the way Barr summarized his findings to the public. In a March 27 letter, Mueller told Barr his March 24 report summarizing the special counsel’s conclusions «did not fully capture the context, nature, and substance of this Office’s work and conclusions.»

Amash suggested some of his fellow Republicans are refusing to support impeaching the president for political reasons, which he said was eroding governmental checks and balances.

RNC Chairwoman Ronna McDaniel said in an emailed statement that it was «sad to see» the congressman «parroting the Democrats’ talking points on Russia.»

«Voters in Amash’s district strongly support this President, and would rather their Congressman work to support the President’s policies that have brought jobs, increased wages and made life better for Americans,» she said.

Amash said that he had only come to his conclusions after reading the Mueller report in its entirety, «having read or watched pertinent statements and testimony, and having discussed this matter with my staff, who thoroughly reviewed materials and provided me with further analysis»

Representatives at the Department of Justice did not immediately respond to a request for comment.

This post was updated to include President Trump’s response.