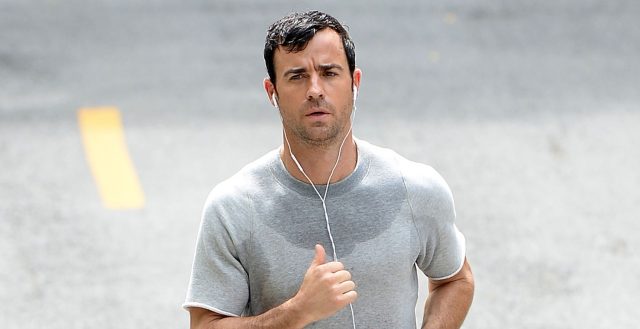 It was August 2014. The Leftovers was wrapping up its first season on HBO and the entire Internet was in a tizzy over Justin Theroux’s sweatpants. More specifically, what was flopping around underneath the sweatpants he was wearing in the opening scene of an episode.

In case you need a refresher, here you go:

After making national headlines, Theroux laid low for a while, speaking as little as possible about the incident whenever asked.

When confronted about it by Conan O’Brien in September 2014, he said he “didn’t know how” to answer the question. Then in 2015, he told E! News that he was never wearing sweatpants on the show ever again.

“We’re done with that,” he said. “Throw the sweatpants out!” Now, in a new interview with Elle, he’s finally opening up at length about the incident that helped transform him into more than just Mr. Jennifer Aniston.

“It’s like having someone yank your shorts down in public,” he says. “It doesn’t feel great. Anyone who has an unflattering picture taken of them would probably say, ‘Join the club’.”

Even though most people spoke positively about Theroux’s package, he says he still cringed.

“It has the appearance of a compliment,” he says, “but it’s more mortifying than anything else.”

The 44-year-old appears in the upcoming thriller Girl on the Train, which opens in theaters on October 7.