WASHINGTON (Reuters) – U.S. Senator Kamala Harris on Monday released a “Medicare for All” proposal ahead of a second debate for Democratic presidential candidates, when their differing approaches to healthcare insurance policy are expected to feature prominently.

Harris’ plan would allow Americans to buy into the Medicare government health insurance program, establishing a 10-year phase-in period during which newly born children would be automatically enrolled and healthcare providers can transition.

The plan would allow private health insurers to offer Medicare plans if they meet requirements on costs and benefits.

“Essentially, we would allow private insurance to offer a plan in the Medicare system, but they will be subject to strict requirements to ensure it lowers costs and expands services. If they want to play by our rules, they can be in the system. If not, they have to get out,” Harris wrote in a post on the online publishing platform Medium.

The divisions over how best to provide Americans access to affordable healthcare is one of the early defining issues in the Democratic Party nominating contest for the 2020 election to take on Republican President Donald Trump. The second debate for 20 candidates is on Tuesday and Wednesday in Detroit.

Harris, a 54-year-old senator from California, has struggled to clarify how she would craft a “Medicare for All” plan. At times she has wavered as to whether such a plan would preserve a role for private health insurers.

At the first debate in June, Harris raised her hand when the candidates were asked whether they would abolish private health insurance in favor of a government-run plan. She later said she had misunderstood the question.

Harris, in explaining her “Medicare for All” proposal, was deliberate in differentiating it from a Medicare for All bill in the U.S. Senate offered by Sanders. Harris has co-sponsored the legislation.

While the Sanders legislation would phase in a “Medicare for All” plan over four years, Harris would extend that phase to 10 years. Unlike the Sanders proposal, it preserves a role for private insurers.

The Sanders bill proposes several options for financing the Medicare expansion, including a 7.5% income-based tax paid by employers, a 4% income-based premium, exempting the first $29,000 in income for a family of four, and eliminating some tax deductions.

“Call it anything you want, but you can’t call this plan Medicare for All. Folding to the interests of the health insurance industry is both bad policy and bad politics,” Sanders campaign manager Faiz Shakir said in a statement.

Harris’ proposal would raise to $100,000 the threshold after which families would pay a related tax, and establish a tax on Wall Street trading.

Harris and Sanders will not share a debate stage this week. Sanders will appear on Tuesday and Harris on Wednesday. Biden, the current front-runner in opinion polls, will share the stage with Harris and seems likely to challenge her plan.

“Senator Kamala Harris just released a health care plan that both backtracks on her long-promised – but then-hedged – support of Bernie Sanders’ Medicare for All legislation while at the same time committing to still unraveling the hard-won Affordable Care Act that the Trump Administration is trying to undo,” Biden spokeswoman Kate Bedingfield said in a statement. 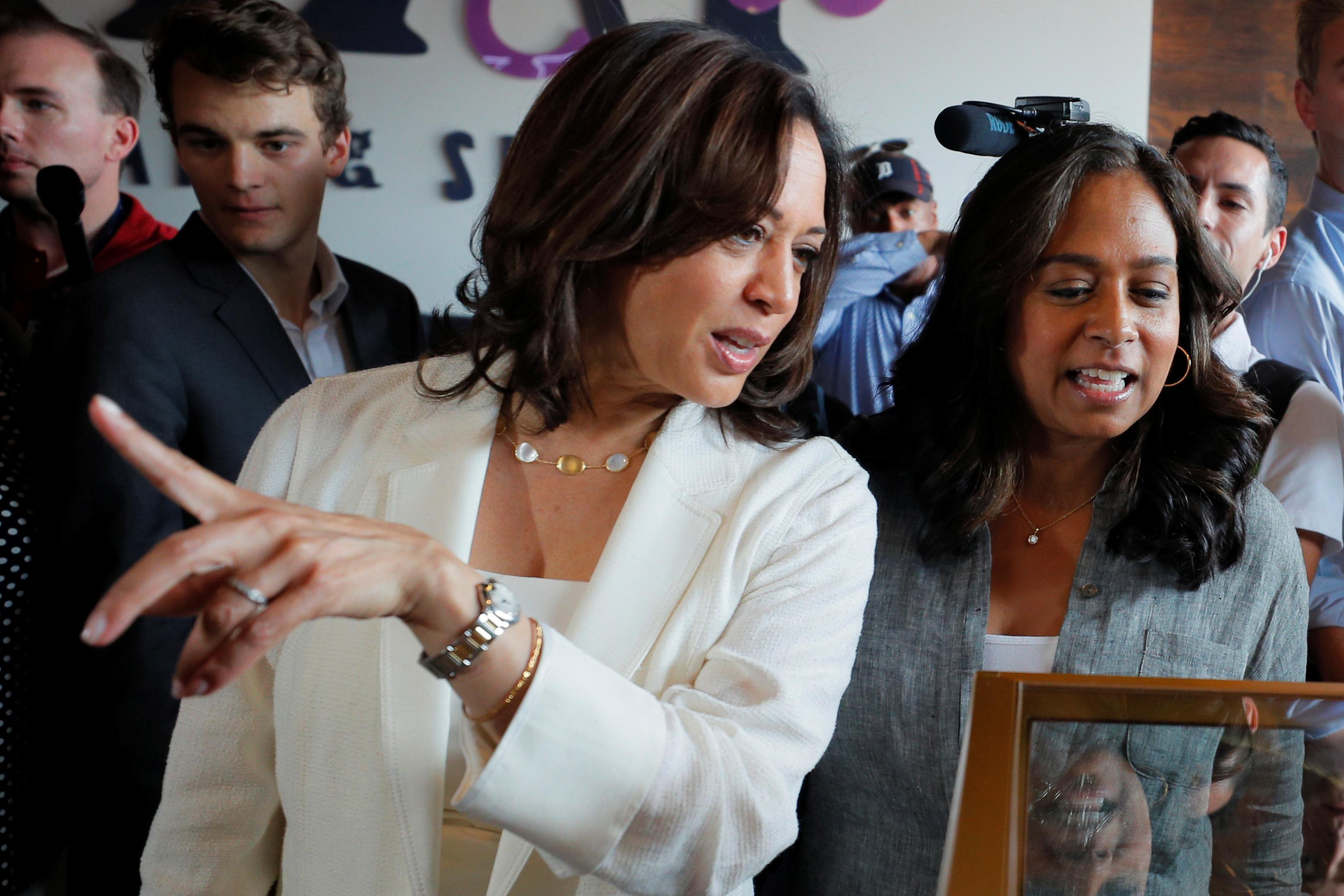 But Kathleen Sebelius, who was chief of the U.S. Department of Health and Human Services under Democratic President Barack Obama, said in a statement that Harris’ plan would be a “sensible expansion” of the Medicare system that would build on the Affordable Care Act, Obama’s signature healthcare law.

“To get all Americans covered by health insurance, where cost is not a barrier, we need innovative ideas like this,” Sebelius said.