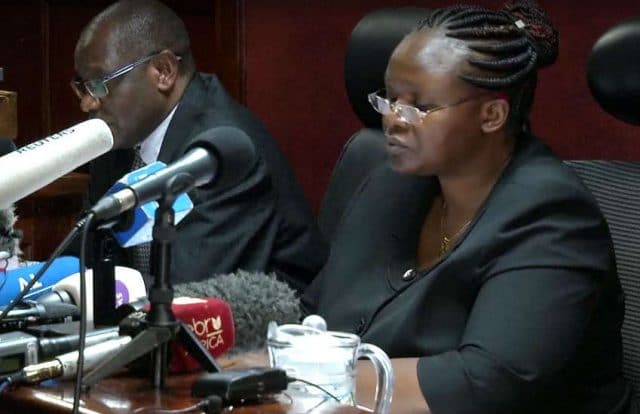 The High Court in Kenya has ruled to keep the gay sex ban in a devastating ruling.

The High Court voted to not repeal Sections 162 and 165 of the Penal Code. Lady Justice Aburili, Justice Mativo and Justice Mwita handed down their ruling at the court in Nairobi. They ruled unanimously to uphold the laws.

One can still be sentenced to up to 14 years for violating the law.

‘Even though the enforcement of the Penal Code is necessary to maintain law and order, such enforcement can have implications for Kenyan’s human rights,’ Justice Mwita said in the ruling.

High Court Justice John Mativo said petitioners could not prove that the definitions of the Penal Code were unclear and vague.

He asserted that because Sections 162 and 165 do not single out LGBTI people but state ‘any person’ who commits those offences can be punished it is therefore not unconstitutional.

Mativo also argued that petitioners couldn’t prove LGBTI people had ‘been denied medical care’ and access to a fair trial.

‘Petitioners failed to provide credible evidence to demonstrate that they had been discriminated against,’ he said.

He then declined to repeal the laws.

Lady Justice Aburili said ‘it’s our duty to defend the constitution and uphold our core values’.

She also said there is no scientific evidence to prove LGBTI people are ‘born that way’.

They argue the colonial-era law violated constitutional rights to privacy and dignity.

‘All citizens in Kenya [are protected] regardless of their sexual orientation and gender identity,’ they said.

‘We think that it is in the interest of our country, as do most other Africans in this continent in which we live, to outlaw homosexuality,’ he said.

‘That is gay sex in particular, and any manifestations as promotion or propagandizing in favor of gay sex, so that we can try as much as possible to encourage and promote healthy sexual behavior.’

However, the NGLHRC still have hope. They will appeal to the Supreme Court and hope to win in Kenya’s highest court.

The NGLHRC claims there has been more than 3,000 cases of murder, sexual assault, violence, blackmail, and extortion against LGBTI people since 2013.

Many activists believe if Kenya had decriminalized homosexuality, it could have influenced other nations to remove gay sex bans from their law books.

This is due to Kenya’s powerful role in east Africa.

Kenya could have become the second country to decriminalize homosexuality in 2019.

dropped the crime of ‘vices’ against nature from their penal code, a law historically used to prosecute against gay sex, in January.

Hundreds of people tried to get into the courtroom ahead of the ruling. Court officials locked the doors just before 2.30pm with many of the petitioners unable to enter. They reopened the doors about 20 minutes of the planned start time of 2.30pm.

Advocates, media and petitioners filed into the courtroom and waited patiently for the High Court justices to enter.

Some waved rainbow flags, while others excitedly gave each other the thumbs up.

One woman was heard saying ‘we have waited so long for this’.

‘The mood is silent and people are slowly shuffling out,’ activist Mariga Thoithi told Gay Star News after the ruling.

‘People are in tears but most people are just sad and silent and in disbelief. Most people thought that this was it. This was the day.’