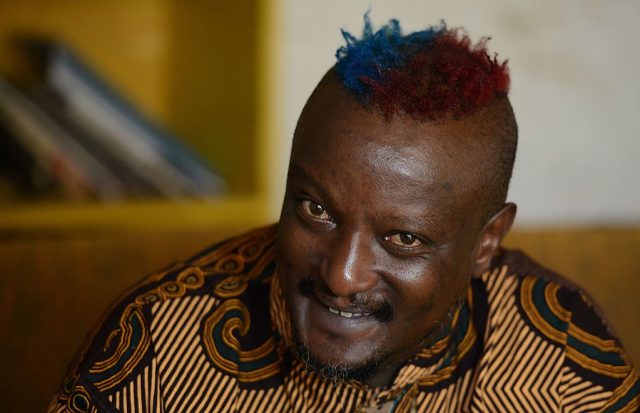 Kenyan author and gay rights activist Binyavanga Wainaina has died at the age of 48 in Nairobi after a short illness, BBC News reports.

Wainaina made waves in Kenya when he publicly came out as gay in 2014 after a series of anti-gay laws had been passed in some African countries.

The author revealed his sexuality by sharing what he described as a “lost chapter” from his 2011 memoir, One Day I Will Write About This Place. The “lost chapter” was called “I am a Homosexual, Mum.”

The piece confused some readers, which prompted Wainaina to clarify on Twitter: “I am, for anybody confused or in doubt, a homosexual. Gay, and quite happy.”

The writer shot to fame in 2002 when he won the Caine Prize for African writing for a short story called “Discovering Home.”

Sadly, Wainaina had a stroke just a year after coming out as gay, and then in 2016 announced that he was HIV-positive.

The Johannesburg Review of Books reported that he passed away at Aga Khan Hospital in Nairobi after a stroke last night.

Wainaina was named one of Time Magazine’s 100 most influential people in 2014 for his LGBT+ activism.

Chimamanda Ngozi Adichie wrote a tribute to him for the magazine at the time, in which she said he had grown up in a country that “demonized homosexuality.”

“For years he pretended to be what he was not,” Adichie wrote.

“By publicly and courageously declaring that he is a gay African, Binyavanga has demystified and humanized homosexuality and begun a necessary conversation that can no longer be about the ‘faceless other.’”

The activist became known all around the world for his satirical essay called “How to Write About Africa.”

The literary and LGBT+ communities have been reacting to news of his death online.

Granta Magazine tweeted: “Binyavanga Wainaina, the prize-winning author, journalist and activist, has died at the age of 48. We are deeply saddened by this tragic loss to literature and to the world.”

Journalist Simon Allison shared a link to Wainaina’s famous “How to Write About Africa” article and said: “These 1370 words have had a profound influence on my career – and they ring as true today as they did when first published in 2005. Rest in peace, Binyavanga Wainaina.”

Gay sex is still criminalised in Kenya, however the country’s Supreme Court is set to decide on Friday (May 24) if it will overturn the ban.