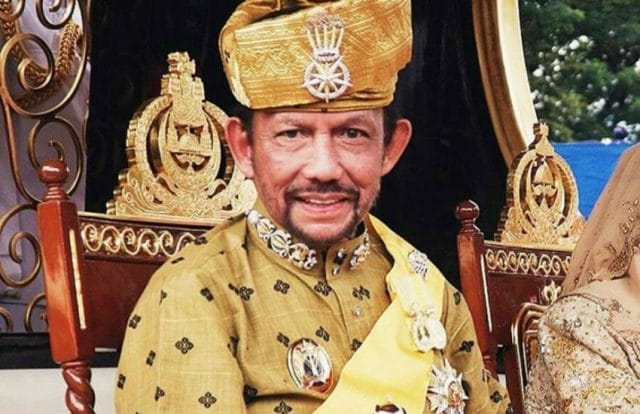 Following weeks of pressure from student bodies, King’s College London University has chosen to revoke the honorary doctorate awarded to the Sultan of Brunei.

The Council of King’s College London awarded the Sultan a degree of Doctor of Laws, honoris causa, in 2011.

But following the Sultan’s infliction of a strict interpretation of the Shariah Penal Code, that included capital punishment for gay sex, the institution reviewed and revoked the degree.

The ruler of Brunei legalized the stoning, lashing, and whipping of LGBTI people earlier this year.

As a result, the Fellowships and Honorary Degrees Committee recommended the Council of King’s College London rescind the award. The council met on 3 June to discuss the possibility.

Today (6 June) the Committee issued a outlining its call to revoke the nominal degree. This came after meetings within the council and a review.

A King’s College London spokesperson told Gay Star News: ‘The introduction of a new penal code in Brunei contradicts the values and freedoms we uphold at King’s and in light of this the King’s College London Council has decided, after a formal review process, to revoke the award in 2011 of the Doctor of Laws to His Majesty the Sultan of Brunei.’

King’s LGBTQ+ Staff Network lead the charge by , backed by more than 5,000 people, to take back the degree.

‘We feel that this is a clear demonstration of King’s acting on its promise to “Make the World a Better Place” and promoting a truly inclusive environment for LGBTQ+ students and staff.’

KCL are the latest in a long line to boycott Brunei in the wake of their laws.

Significantly, after the itself (though, many others, such as whipping for lesbian sex, remain).

Similarly,  did the same after ads for the airline were spotted by commuters.

Moreover, high-profile celebrities – from  to – have spoken bluntly of their decisions to boycott all Brunei-owned hotel businesses.

Furthermore, the  and ‘draconian.’

Rulers of Brunei have long enforced strictly traditional interpretations of Islamic teachings. The country, in Southeast Asia, operates under an absolute monarchy.

In other words, the head of state, the Sultan of Brunei, is also head of government. Royalty and lawmaking are one the same.

For example, under the current 51-year-long monarch Hassanal Bolkiah, the country banned alcohol and forbade the proliferation of non-Islamic faiths.

All a stark contrast to neighbouring Muslim-majority nations, such as Indonesia or Malaysia.

Things have been this way since 1962, when a left-leaning political party, Parti Rakyat Brunei, won local elections.

But the Sultan refused to recognize this, and the party staged a failed coup. As a result, Brunei has been under emergency rule ever since, granting the Sultan full executive decision-making power.

Back in 2014, Bolkiah announced the Brunei governmental bloc would implement the Sharia Penal Code in three stages.

The first stage of legal reforms was no struggle to lawmakers, but its second and third stages experienced holdups.