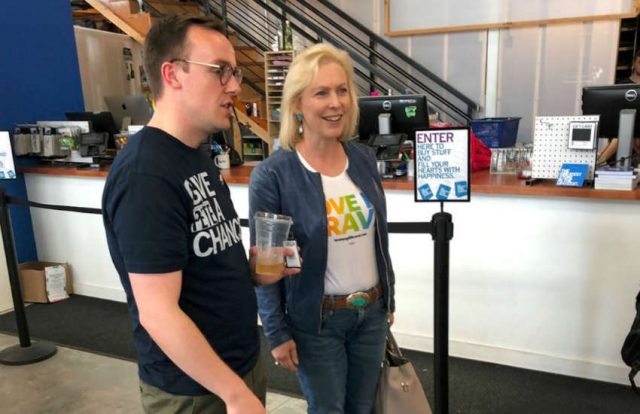 One man asked for Gillibrand’s favorite drink. She gave him a straight whiskey.

Gillibrand was also spotted hanging out with the husband of fellow presidential hopeful Pete Buttigeig.

‘The LGBTQ community is not a monolith with a finite set of needs, and equal rights and freedom from discrimination should be the bare minimum we accept,’ Gillibrand wrote.

‘As president, I will do more than defend LGBTQ rights — I will stand shoulder to shoulder with the LGBTQ community in the fight for equality. We’re in this together, because LGBTQ rights are human rights.’