Home Gay Life L.A. Pride is planning to prepare for a terrorist attack 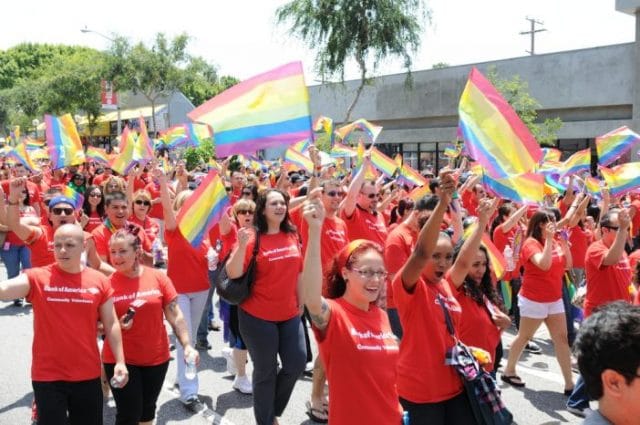 Although no credible terrorist threat has been called in against today’s Pride celebration in Los Angeles, law enforcement sources have told the media that the the L.A. County Sheriff’s Department has stepped up security measures to thwart any possible mass attack.

TMZ reports, “Law enforcement will be using an array of vehicles as barriers, for the first time, to shore up vulnerable areas along the route and surrounding area. Of course, both uniformed and undercover cops will be on the scene … and video surveillance will be heavily employed.”

These plans come on the heels of a panic today at Washington D.C. Pride as loud noises mistaken for gunshots rang out, sending attendees into a panic. Seven people were taken to hospitals for injuries caused by the panicked fleeing, and a man with a gun was later arrested, although police say that no shots were fired.

L.A. Pride’s preparations make sense considering that in 2016, police arrested a heavily armed man who was supposedly headed towards the city’s Pride parade. The would-be assailant was later identified as 20-year-old James Wesley Howell of Indiana. Howell was found in possession of “high-capacity magazine and ammunition, as well as a five-gallon bucket of chemicals,” and told police that he wanted to harm the West Hollywood parade.

Howell was arrested barely a day after the Pulse Nightclub shooting in Orlando, Florida which killed 49 club goers.

Los Angeles’ Pride parade moved to the increasingly gay neighborhood of West Hollywood in 1979. By 1989, near the height of the AIDS epidemic, the parade had 10,000 marchers.

Istanbul Pride and Jerusalem Pride have both also faced violence from different sources. Istanbul Pride-goers have annually been subjected to police violence via water cannons and batons, and in 2015, a far-right Orthodox ex-convict stabbed several people to death at the Jerusalem Pride parade.