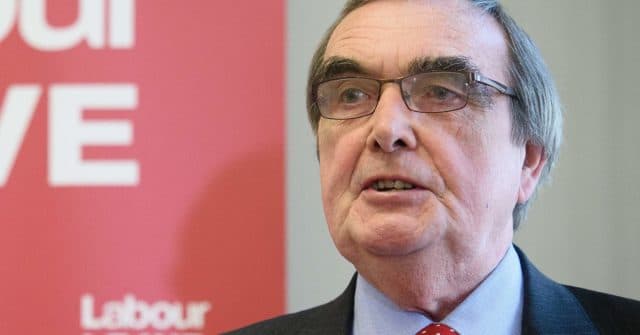 British politician Wes Streeting has condemned fellow Labour MP Roger Godsiff for siding with those who are currently campaigning against LGBT+ education in schools.

On Friday 7 June, Birmingham-based Godsiff met with the Anderton Park Protesters as they held their first demonstration since being momentarily banned from gathering outside the school gates back in May.

“You’ve made your point,” he can be seen telling the objectors in a series of videos shared on YouTube. “I would like you to consider calling the protests off, but that’s your choice. But I will continue to fight your corner because you’re right. Nothing more, nothing less. You’re right on this one.

“I’m sorry the situation is where it is,” Godsiff added. “I will continue to try and bring a resolution to this dispute, and ensure that schools teach the Equality Act is being taught in the same way as all the other primary schools where there isn’t a row.

“I’m not just a mouthpiece. I think I’m a fair-minded person who will listen to all sides of the argument and then I’ll make a decision and I’ll justify that. Whether people agree or disagree is their right.”

Streeting took to Twitter on Saturday 8 June to criticise Godsiff for supporting those “who have been calling teachers ‘dukes’” and describing LGBT people as “filthy animals.” Sharing the aforementioned footage, he wrote: “This made me feel sick to my stomach. One of my own Labour colleagues stood with people who have peddled hatred and bigotry on school gates, intimidating pupils, teachers and parents.

“800 young people in his city have called Childline – some suicidal,” he explained. “No return to Section 28!”

<p lang=«en» dir=«ltr» xml:lang=«en»>This made me feel sick to my stomach. One of my own Labour colleagues stood with people who have peddled hatred and bigotry on school gates, intimidating pupils, teachers and parents. 800 young people in his city have called Childline – some suicidal. No return to Section 28! https://t.co/HF2pYBHEKy

Replying to his own tweet, Streeting – who is openly gay – also slammed Godsiff for “ridiculing a Labour councillor [for] standing up for schools because she doesn’t have kids” on film.

“I will be making a formal complaint to the Labour Party about Roger Godsiff and raising his conduct at the LGBT Labour AGM today. If he was a Tory MP, we’d be all over it. There must be no place for hatred and apologists in the Labour Party.”

According to a recent report by Politics Home, Streeting intends to address the Department of Education today, urging that while “there is always a place for peaceful protest in a democratic society, that place is not school gates.

“It is time for the Government to show some leadership by giving head teachers, governors and local authorities the simple and enforceable powers they need to keep children safe in the immediate vicinity of their schools.”