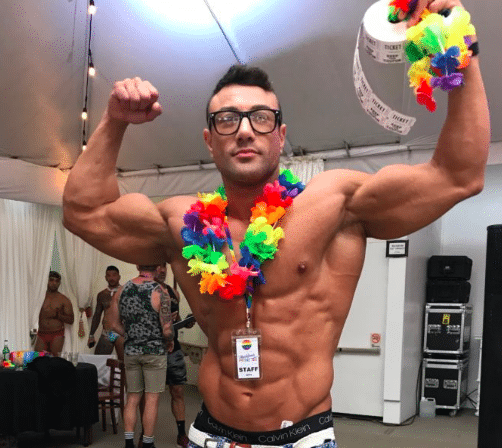 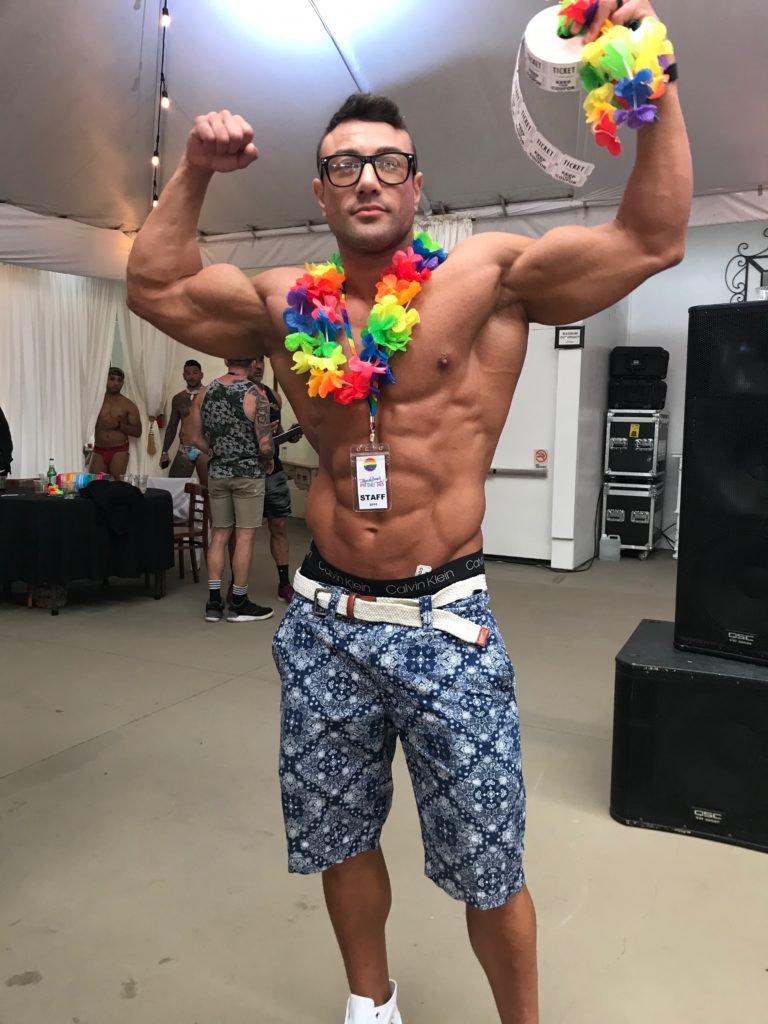 Over the weekend, SoCal kicked off pride month with the Laguna Beach Pride Festival.

The laid back nature of this seaside hamlet belies its rich LGBT heritage, most notable for electing the nation’s first openly gay mayor, Robert F. Gentry, in 1982. And while Laguna Pride may not be as big and boisterous as its neighboring Los Angeles Pride, it succeeded on serving up a chill crowd, intimate performances, and a bevy of boys boasting beautiful beach bods. 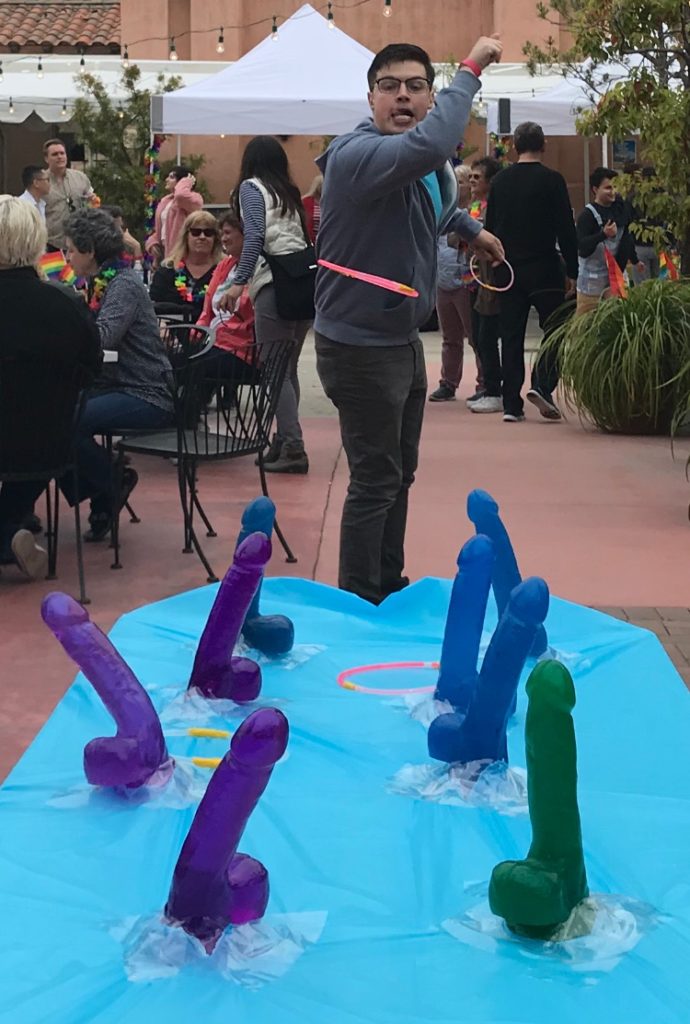 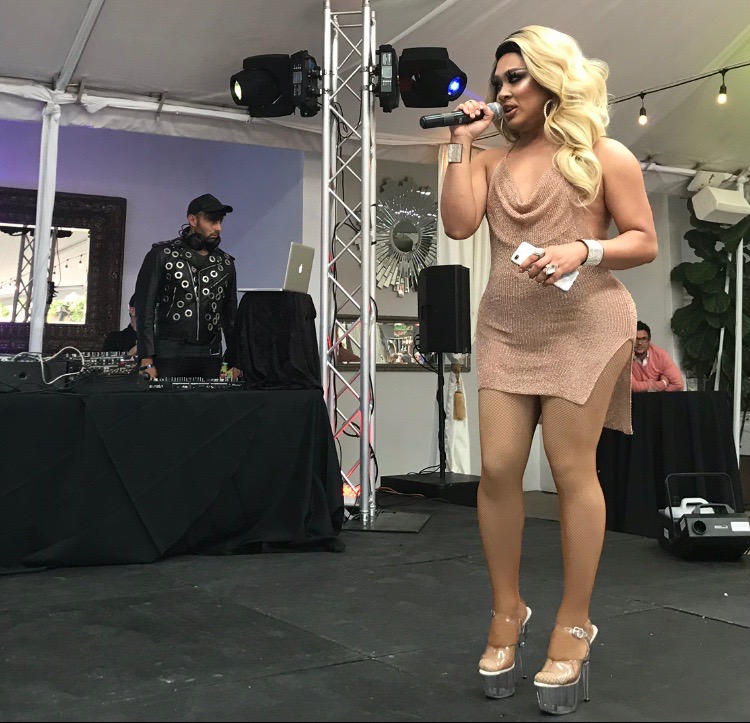 Laguna Pride host Wilhelmina Caviar takes to the stage as DJ Arrow mans the turntables behind her. 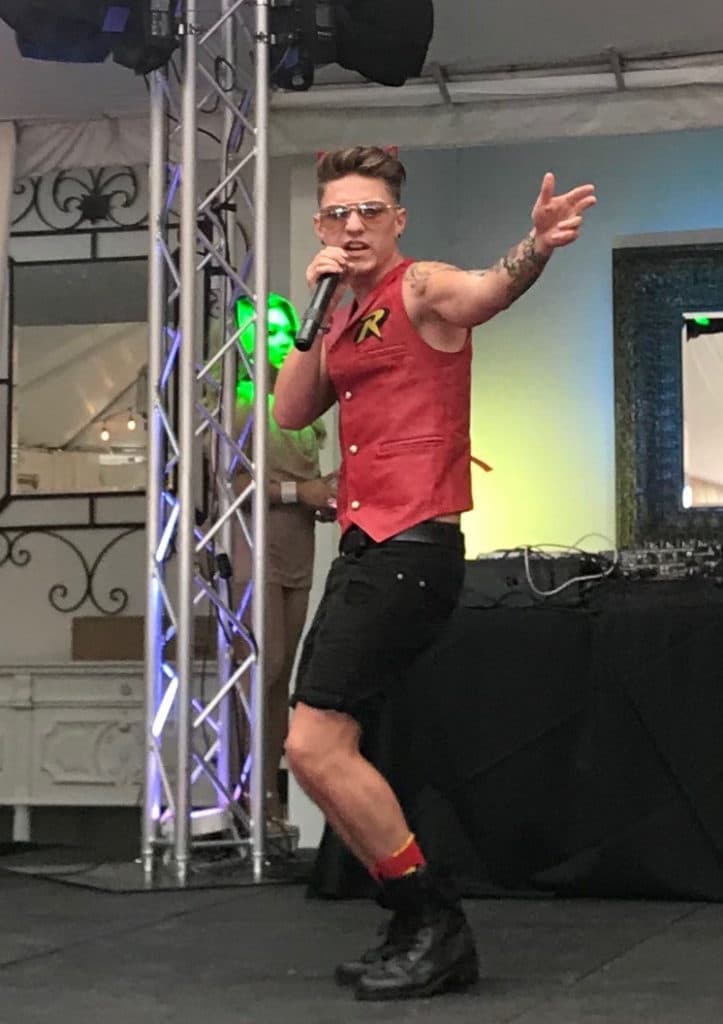 Headliner/pop cutie pie Joey Suarez performs a cover of Amy Winehouse’s ‘Rehab” while donning a Robin red leather vest and matching kitty ears. His ensemble is an amalgam of the Boy Wonder and Catwoman (aka Batman’s wettest dream.)

And for more on Joey Suarez, check out his Pride interview, where he discusses the importance of small town Prides, like Laguna Beach’s. 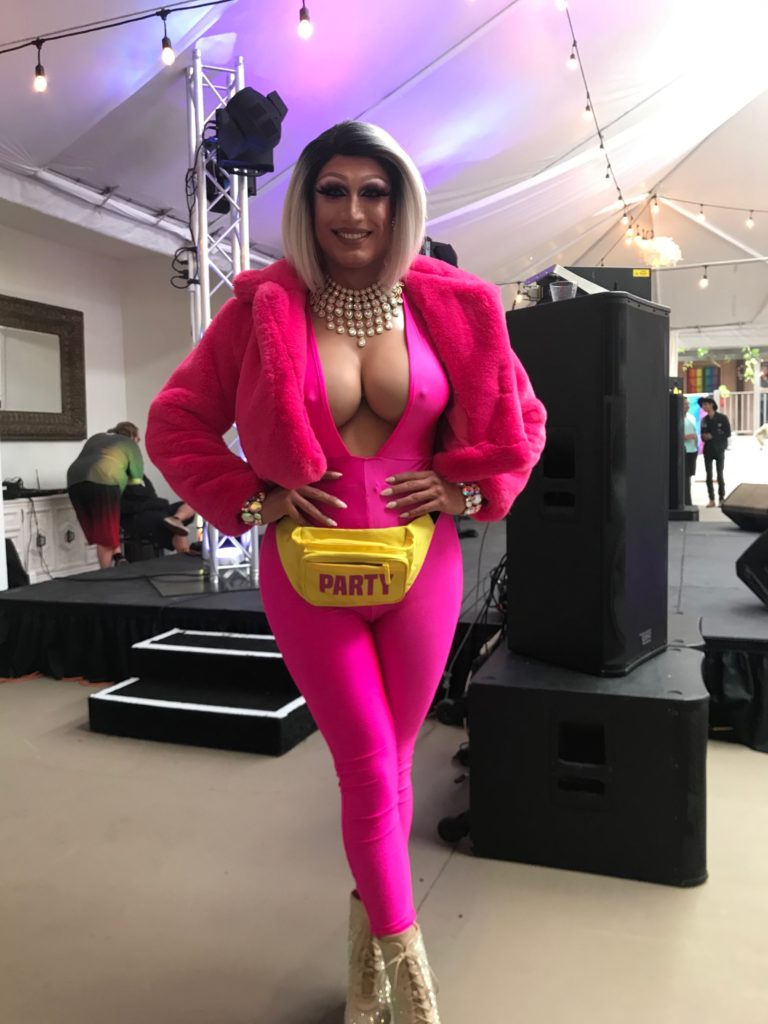 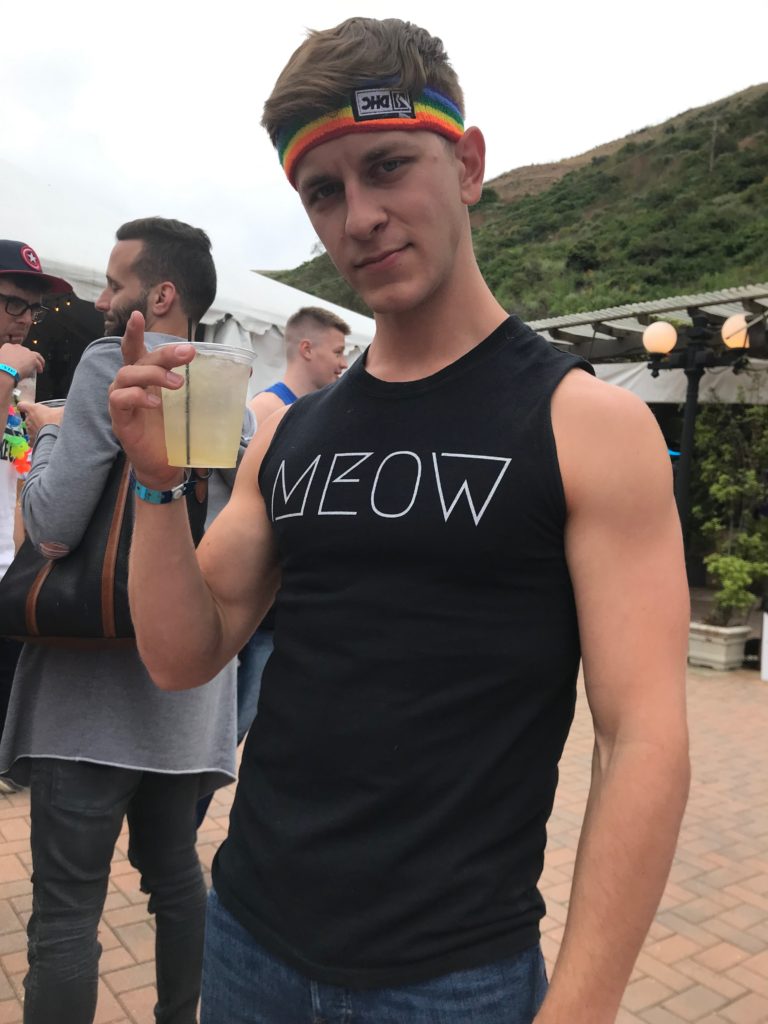 While Laguna Pride primarily caters to its local queer community, it also attracts a number of LA boys, such as insta-twunk Nick Theurer. Salud, sexy!

And for more on Nick, check out his recent Atlanta Pride interview. 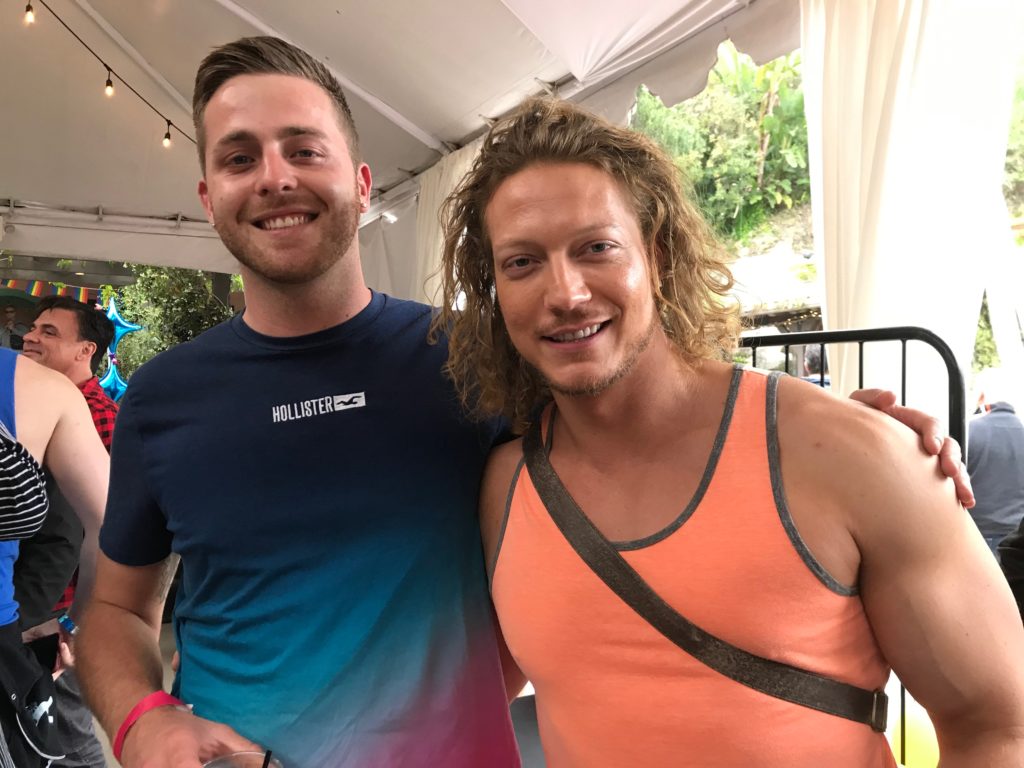 Pride has a way of bringing people together. Sometimes its forging new friendships. Sometimes its reuniting old ones, such as Jake and Jeci, two Hillcrest ex-pats who randomly bumped into each other during the festival. 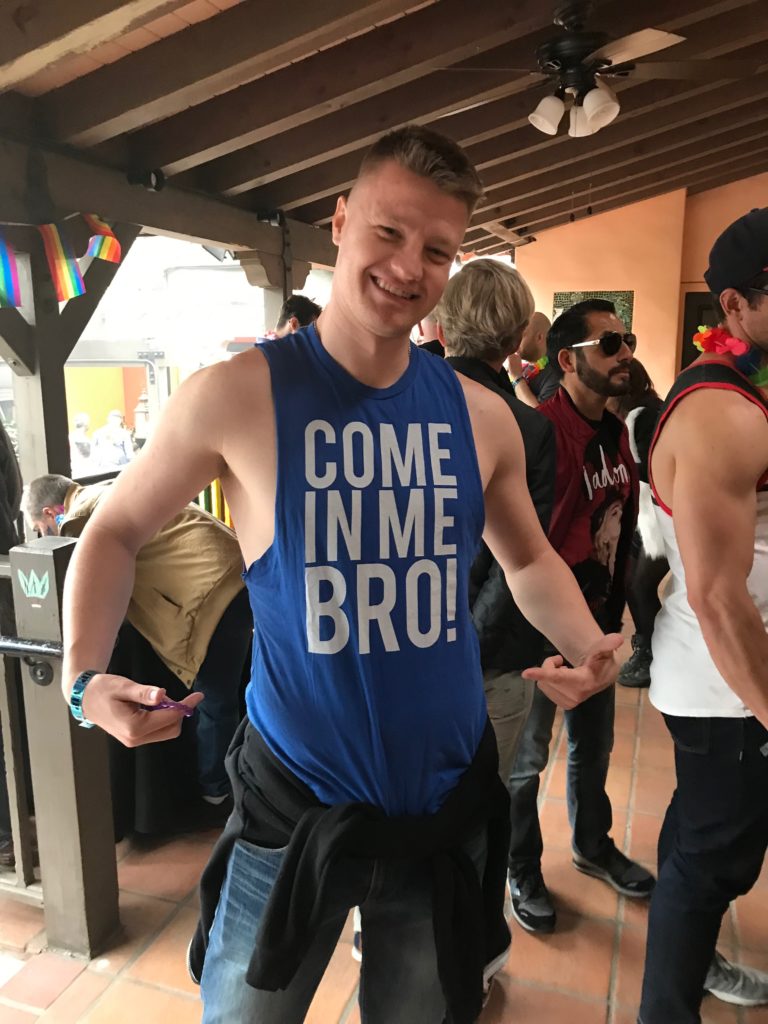 Is that a challenge? Game on, Bromo!