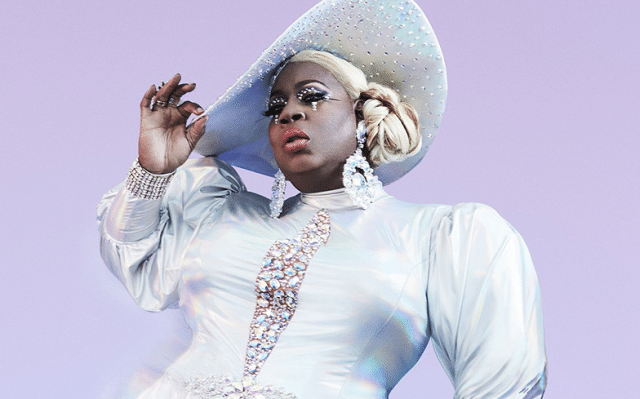 The legendary performer  – who competed on the fourth season of RuPaul’s Drag Race, All Stars 1 and All Stars 4 – will attend with previously announced queens such as Willam, Violet Chachki, Shea Coulee, Phi Phi O’Hara, Blair St. Clair and Tatianna.

Shortly after it was announced, Latrice wrote on Twitter: “Eat It!!!! London I’m coming back!!!!” You can purchase meet and greet tickets for the chunky yet funky legend today at 6pm on DragWorld’s official website.

London’s beautiful Olympia Convention Hall will once again play host to countless queens for Q&As, panels, fashion extravaganzas and meet and greets, and will welcome over 20,000 fans from across Europe.

If you don’t manage to get your claws into a meet and greet with the queen of your dreams, fear not! With your entry ticket alone there will be multiple opportunities to meet all your favourite drag stars with pop up meets at Autograph Alley.

As well as drag icons, there will also be an endless variety of stalls to fulfil all your drag desires, including makeup stalls to get glam, clothing to look fierce, plus wigs and accessories to complete the look.

You can purchase tickets for DragWorld UK here. Several more queens will be announced over the next few months, so keep an eye out… or just check up on our website every now and again. So trust us when we say you don’t wanna miss out… OKCURR?