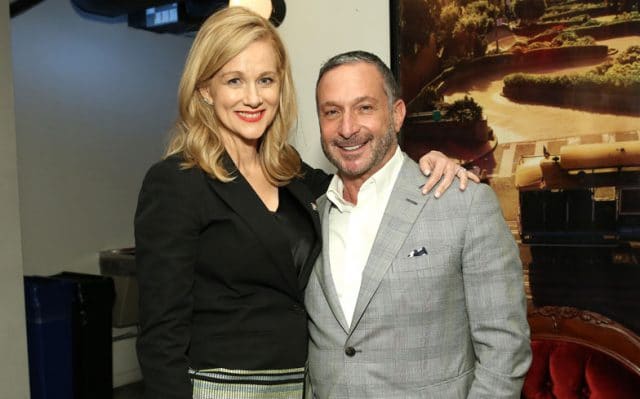 But for Laura Linney, the return of this magical world couldn’t come at a better time – particularly as the conversation around the inclusion of same-sex education within schools is being debated in Birmingham.

“Yes, absolutely,” Laura tells GAY TIMES in an exclusive interview, adding her weight behind the inclusion of LGBTQ education in schools.

Explaining she believes education is a key way to combat ignorance, and teach the next generation about the sacrifices of the past: “The LGBTQ community are entitled to a sense of their own history. It’s important. History is important for everybody, for every group and nationally. For world history.”

Laura adding: “There is a real lack of awareness, input, sociopolitical reference and history to be proud out and marvel at. An amazing history that is filled with strife and persecution and then a wonderful sense of survival and joy.”

Here we speak to Laura Linney about returning to this unapologetically queer world on Netflix, how the current US administration influences her work, and if she’s aware of the anti-LGBTQ laws that her money could indirectly supporting.

Related: Armistead Maupin is proud the new Tales of the City series is queerer than ever before

You hold a creative position with this new series but were also famously part of the original show. How long did it take for the team to convince you to return to Armistead’s world?
I was onboard! Tales, particularly for all of us involved from the beginning, means so much to us and we’re so proud to be part of it. It changed my life for the better in many ways, many unexpected ways. You hope that work you do will not only bring people joy and a sense of entertainment, but also have some connection and help people feel less alone, and maybe grow a bit and have them think about things they haven’t before – and have a laugh as well. 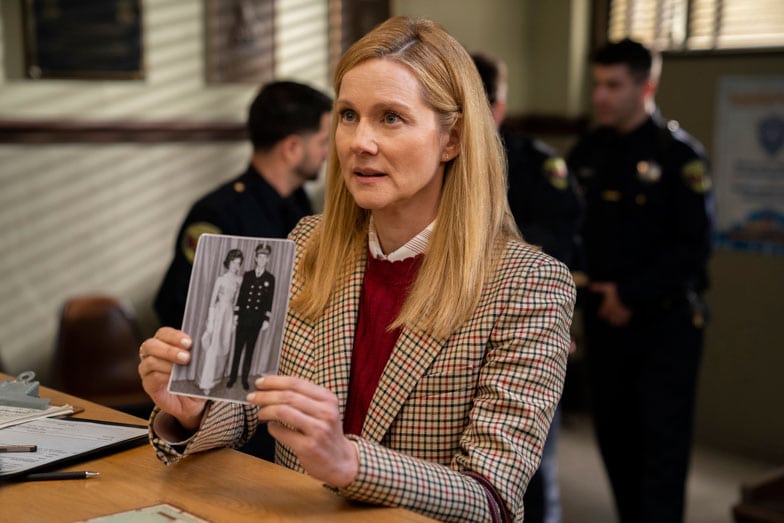 Do you remember the reaction the show had first time around?
I’m so glad that I didn’t know the legacy or importance of Tales of the City when I first became involved with it 25 years ago. I had no idea and I’m glad as it would’ve been really intimidating. When it first aired and was embraced with such love, I learned how much Armistead’s work has meant to so many people and is the cornerstone of gay literature in the United States and worldwide. It was the highest rated show that ever aired on PBS, and then the religious right went insane. They went crazy and it was shut down. I was so naively shocked and couldn’t understand how something that had such heart and kindness would be seen as a threat. It was dropped and went to Showtime where there were two incarnations, and then it just fizzled.

We waited 25 years and now here we are. The world has changed in many ways, and in many ways it has not changed at all, but what has is the world of LGBTQ. Those initials didn’t exist when we did the first one, and how broad and types of people we all are; it’s truly amazing to me. Also what hasn’t changed is that there are also people who are alone, in danger and are scared and struggling – that has not changed.

The fact that I’m not a member of the LGBTQ community, I’m a straight white girl but I’m an advocate because I love people of that community. It used to be necessary to have an advocate to have those stories be told. In 1993, it was without a straight woman playing a transgender woman or man, that story wouldn’t be told. Now, that’s not the way it is. All of our writers are LGBTQ, all of our directors are LGBTQ. Stories are being told by the people they should be told by and that’s a big change from 1993.

Did the updating of labels and identities since the last time teach you anything new this time around?
Absolutely it did, I learnt a lot about the non-binary world which I knew a little bit about, but not really. I struggled with the pronouns and understanding that, and then once you’re living with people who identify as non-binary, then it makes complete sense and you can’t imagine using the wrong pronoun for them. The penny drops quickly once there’s real contact and an intimacy between people. And it’s a sign of basic respect. 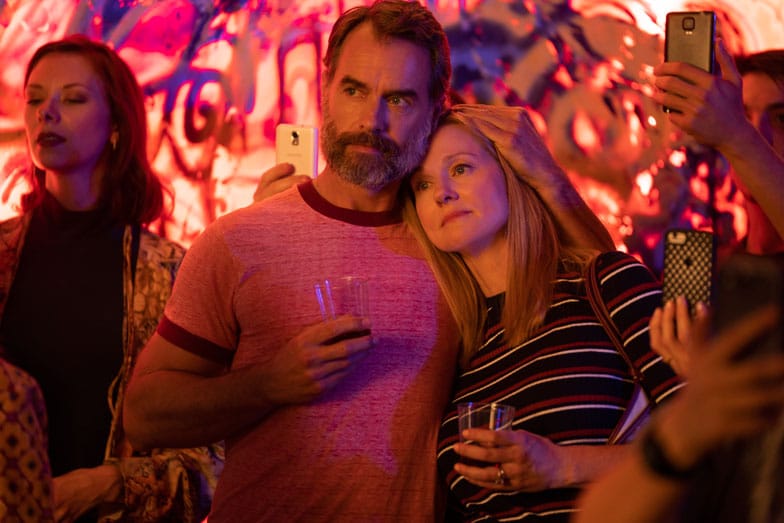 During the first episode, Mary’s husband Robert uses the world ‘freaks’ to describe LGBTQ people. The impact of that language on screen is quite something. Did he really mean that or not?
Is it lazy use of language or did he really mean it? That’s up to an audience to decide and it’s important to say that it’s not acceptable.

I think it was more an attack on her than the queer people at the party…
I think you’re right! But maybe he does feel that way. It’s sort of shocking when you meet someone who you really like and then you realise they have a sense of superiority over people. They inherently think they’re better and that’s tricky. That’s hard.

Do you think about the impact of change this type of story being told has, particularly when viewed by those outside the LGBTQ community perhaps?
You hope it’s for everybody and then you also hope it’s for the young LGBTQ community – that’s my personal thing. People are people and as different as it can be from what a young trans person is feeling to a young cisgendered person, there’s still things that can intersect and that are relatable. 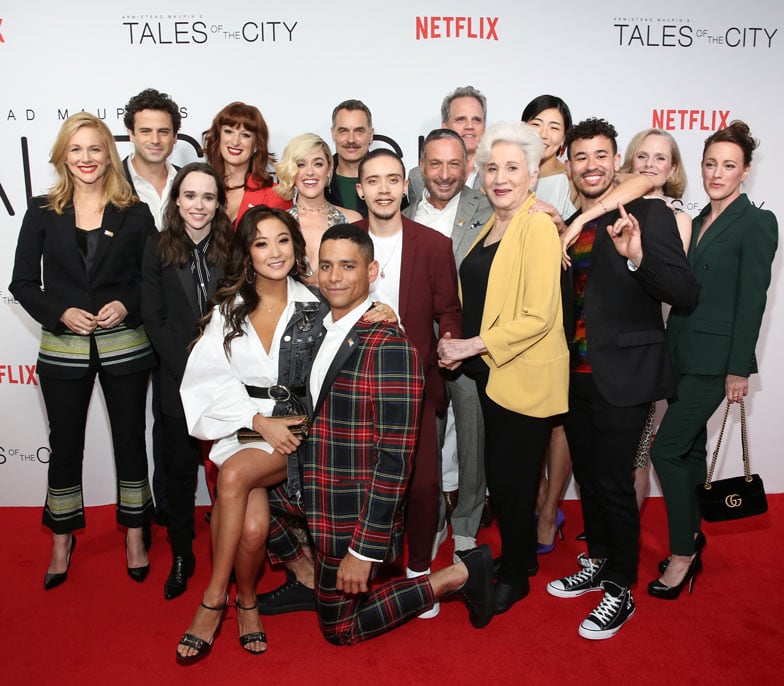 There’s a conversation in the UK around the inclusion of LGBTQ education within schools. Is education not a key way to combat ignorance?
Yes, absolutely! The LGBTQ community are entitled to a sense of their own history. It’s important. History is important for everybody, for every group and nationally. For world history. There is a real lack of awareness, input, sociopolitical reference and history to be proud out and marvel at. An amazing history that is filled with strife and persecution and then a wonderful sense of survival and joy.

How much are you influenced my the anti-LGBTQ rhetoric that comes out of the current US administration?
You take it personally when people you love are being attacked. I just… I can’t imagine not having people of the LGBTQ community in my life – I can’t imagine. I feel like my life would be fine but kind of sad. I can’t imagine and don’t want to imagine.

There’s a continuing discussion around Brunei and celebrity affiliations to hotels owned by The Sultan of Brunei. Does that present you personally with thoughts about your life and what your money could be supporting?
Sure, it’s so hard because it can be so overwhelming and our world is so based on commerce that you think, ‘What am I supporting?’ Am I buying a cup of coffee is supporting people who stand in opposition to everything I know and love? Am I helping support that political agenda by purchasing this pasta, or using this towel, or staying in this hotel? It’s a lot. It’s things that I think everybody is struggling with and it takes time to figure it out. It takes a lot of time and is important to do.