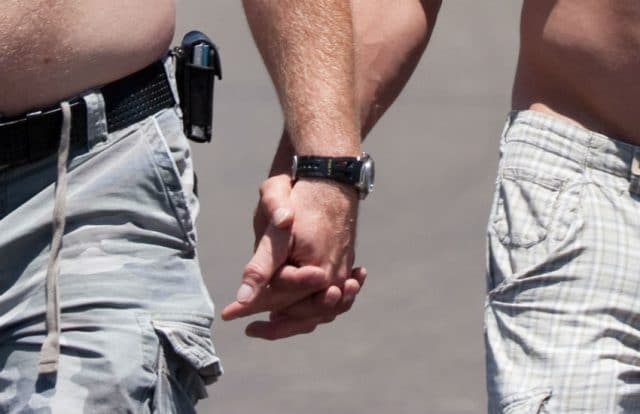 Scientists in Canada claim that left-handedness is one of three factors that make a boy more likely to be gay.

They also claim that having several older brothers and having other gay people in the family are also significant markers, the reported.

Gay men are around 34% more likely to be left-handed than heterosexual men. The report was complied by scientists at the University of Toronto.

The ‘fraternal birth order effect’, having one or more older brothers, increases the likelihood of being gay by around 14.8%.

Having gay members in the family – on either the mother’s or father’s side – increased the likelihood of being gay. Hoever, this was largely separate to the other factors, the researchers said.

However, having all three doesn’t increase the likelihood of being gay, the report’s authors said.

The research was based on a study of more than 800 gay men.

According to the study, the largest, ‘sub group’ of men in the survey (63%) did not have any of the three ‘markers’ – and were very similar in their profiles to straight men, the Mail said.

For example, the researchers found that the gay men with none of the three ‘markers’ were the most likely to be gender-conforming, the Mail reported.

This means acting in a way typical of a man, rather than acting like a typical woman, for example working in more typically ‘male’ jobs such as a garage mechanic or firefighter.

However, gay men with many older brothers were more likely to have jobs most typically carried out by women.

‘We present evidence that non-heterosexual men can be categorized into at least four subgroups’, the authors wrote in the PNAS journal.

The authors of the report explained that some males become gay when they have several older brothers, because every time a woman gives birth to a male boy, it triggers an immune response in the mother’s body.

This response increases with each boy born. It affects brain development in subsequent boys, including that of the boy’s future sexual preference.