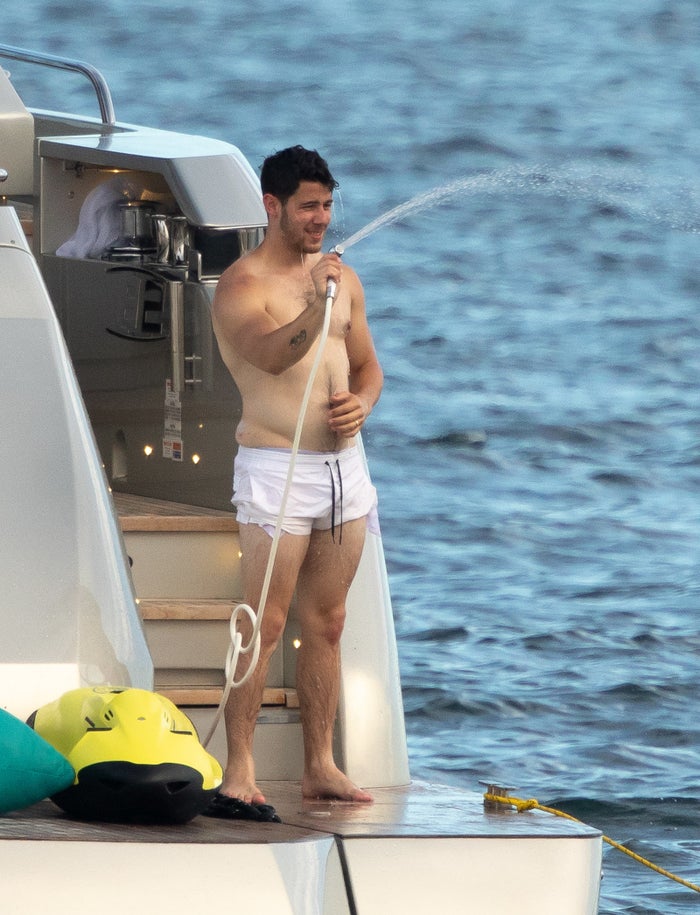 It’s summertime: the season for barbecues, heading to the beach with friends, paparazzi shots of celebs frolicking on yachts in exotic locales, and, uh, male body-shaming?

Earlier this month, something of a social media brouhaha erupted over paparazzi pics of famously buff Aquaman star Jason Momoa relaxing on vacation. In the pictures, published by the Daily Mail, the lusciously maned thespian walks on a beach in the criminally long bermuda shorts that American men call swim trunks.

While the tabloids were quick to describe him as “musclebound,” some juvenile, trollish comments left on US Weekly’s Instagram account — «Looking a little soft. Still a hottie tho»; «Dad bod AF»; «Y’all forgot to photoshop some abs on him or what» — were spun into an apparent body-shaming controversy.

This week, new pics of pop star Nick Jonas, relaxing on a boat, also inspired headlines and thirst tweets about his so-called dadbod. The reaction to the pictures — at least on certain sections of Gay Twitter — were largely positive: “He looks Daddy af to me.” “nick jonas blow my back out challenge.” “I prefer @nickjonas like this.” “Nick Jonas is now so thick